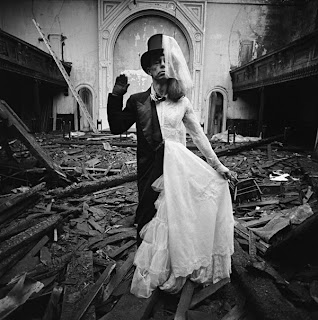 Apparently, I live a double life. To my friends, family, co-workers, and pretty much any person that actually knows me as a human being, I am Gabriele Nichols, an adult male in his middle 20s who could only be mistaken for a female if we’re talking about the bearded lady. To countless advertisers, credit card companies, and various producers of junk mail, I am Ms. Gabriele Nichols.

The tail of this confusion begins before my birth, when it was determined by my parents that I should have the name Gabriel. However, due to a desire to do something different, I received the spelling-of-indiscriminate origin Gabriele. Apparently, this spelling is French in origin, though it took my language expert English professor in college a full 5 minutes of thought before he could place the nationality. This man could give you the entire history of the word “beer” in 5 seconds flat, so my being able to stump him was quite a feat.


Anyways, for those that don’t see the problem here, the most common female spelling of my name is Gabrielle. Thus, when people see the name Gabriele, they automatically fill in that extra “L” and assume it refers to a girl. For the entire span of my education, every first day of class was the same pantomime. The teacher would steadily progress through the list of names, and then finally stop in confusing. Staring at the list for a moment, he or she would seem completely perplexed, not sure how to continue. Finally, they would call out for “Gabrielle Nichols,” and nearly jump out of their chair when a male voice answered. I would then assure them that calling me “Gabe” was sufficient, for which they would be extremely grateful.

As my Mother has informed me multiple times, if I want to I have the full capability to change my name to a simpler spelling. However, I find the entire situation excessively amusing. Junk mail is always irritating to an extent, but it’s much more fun when it’s all addressed to a person who doesn’t exist. I have received countless pieces of junk mail for Ms. Gabriele Nichols, a woman who I determined long ago I need to “create.”

(The following plan is fictional. My moral center is way too overdeveloped to ever do any of this. Further, I know it’s ridiculous, but who knows, someone might take something I say in my blog seriously for once.)

One day, Ms. Gabriele would suddenly come into existence and decide to accept all those numerous credit card offers all at once. Seemingly desperate for money, “she” would also accept every single loan offer, free product trial, book club, and anything else worth getting. Of course, her first act when accepting all these things is to inform them of her new address at some PO Box in a little Indiana town.

Ms. Gabriele, unfortunately, is not good with money, and will manage to max out those credit cards in no time flat. Of course, by Ms. Gabriele, I mean me, who would reap the full financial benefits of having a load of credit cards you don’t have to pay. Eventually, all these places would come calling for payment, and would discover that there is no Ms. Gabriele Nichols.

This would be a problem, in that I would be guilty of credit card fraud. So, this poor unfortunate woman will have gone “missing.” The media would be contacted that some poor girl was abducted, using a random picture found on the internet as her photo. Of course, it’ll end up a national news item, with telethons, mass searches, and tribute songs. While this chaos brews, I’d hide away at some remote tropical island until the heat dies down.

Of course, the public will probably see through this deception quickly. Alright, maybe within a year or two. We are talking about this public. At this point, an angry mob would probably be forming to get revenge for tricking them into caring about some poor, non-existent woman. To protect myself, I would turn myself into the police, throwing myself on the mercy of the court. Due to making a deal, I’d end up doing minimal jail time, and would leave low security prison with a book and motion picture deal.

This theoretical story ends well, then. In reality, I’d probably end up in prison for years and end up shanked by somebody named Butch. Ah well, the dream is amusing enough. I will continue to live my double life then, finding eternal amusement in the gender confusion a simple name can cause.