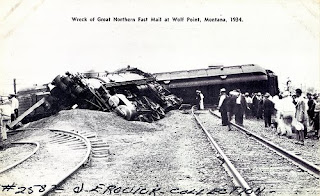 As it should be quite obvious, I have missed two of my regularly scheduled days for posting, last Friday and yesterday. My past blogging attempts haven’t lasted past eight or nine posts, so I definitely do not want to abandon this one, or even let up too much on my posting schedule. Keeping up the writing plus the insanity that is life right now, however, was quickly pushing me to a case of burnout that was going to leave me as roadkill on the highway of the universe.

This last Saturday, I had dinner with my Father (who is also my boss) while Nicole was unfortunately working the evening shift. At least half of our conversation revolved around making comments like “It’s been a long year,” “What happened this last year,” “Seriously, what happened, I don’t remember,” and random sounds of confusing thought. Essentially saying, it’s been constant chaos at the family business, and the last few weeks have been no different. Over two weeks ago we liquidated everything but the property at the farm, and since then I’ve been constantly trying to revamp an entire webstore by myself.
I got it done in time, well, sort of, at least enough that it’s useable. However, this holiday weekend I found myself barely able to put together two cogent thoughts. No matter how much I rested, I had no energy, and generally felt like a giant, immovable lump. Even attempting to write something comprehensible was folly.

On Monday, while Nicole was working yet again, I ventured to Fort Wayne, the nearest large city, and had a mini-spending spree on some things I’ve wanted for a while and things we need around the house. I got Nicole a little present, too. It was therapeutic, a nice time to grumble to myself and listen to music nobody else likes.

I’m almost back to human again, though I don’t think I’ll be totally normal until after Nicole and I’s trip in October. I’m ready for a few days riding rides that scramble my brain in between long naps beside a lovely pool. There may be fruity drinks involved as well, we’ll have to see.

Email ThisBlogThis!Share to TwitterShare to FacebookShare to Pinterest
Labels: Personal