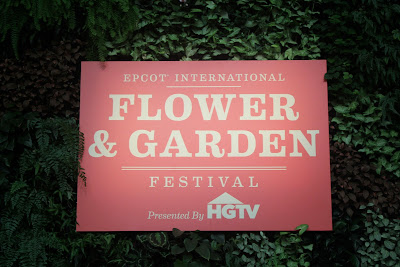 Spring has arrived in Florida.  At least, I'm told Spring has arrived.  As far as I can tell the only difference is that the temperature is now in the 80s rather than the 70s, and the sun takes even less time to char flesh.  One definite sign that it's here, however, is the 19th Annual Epcot International Flower & Garden Festival.

Even though it's technically older, the event is known by most people as the Festival that isn't the Food & Wine Festival, most likely because you can't get tipsy on flowers unless you're taking some heavy duty allergy medication.  It still manages to help fill the park between spurts of Spring Breakers while also showing off Disney's legendary gardening.  It lasts from March 2nd through May 15th, and attempts to get tourists excited about extra landscaping and excessive amounts of topiary.

READ MORE AFTER THE BREAK »
Posted by Pajama Penguin at 7:30 PM 1 comment:

Starting this last weekend, a Facebook group known as Weekly Walt Disney World had its first meeting in honor of Epcot's upcoming 30th anniversary. The goal is to experience all attractions and events the park features by the time of the anniversary, focusing on one a week. A noble goal, but I think my bar bill from World Showcase might send Nicole and I into poverty by the time the year's over.

There's also a foolhardy attempt to consume one of the world's worst beverages every week, the shockingly bitter Beverly. I have dedicated myself to this endeavor because I have some bizarre tolerance for torture. It's a Small World doesn't phase me, and some infamous Italian soda isn't going to either.

READ MORE AFTER THE BREAK »
Posted by Pajama Penguin at 6:26 PM No comments: 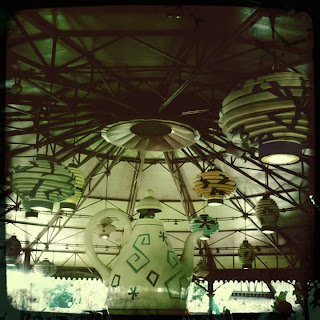 After an extra year of planning, a wedding, family emergencies of various stripes, and general chaos, my now wife Nicole and I finally moved to Florida.  After another agonizing month of waiting, we finally managed to get our annual passes to Disney World.  Over the last few weeks we have already gotten a lot of use out of those passes, and I've been using my favorite iPod app, Hipstamatic, to get some photos. 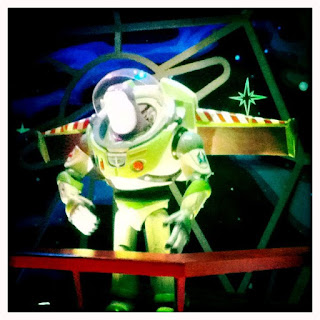 Buzz Lightyear's Space Ranger Spin was fun as usual, but Buzz Lightyear without a face is kind of horrifying.  The older you get, the more you realize just how creepy a lot of Disney has the potential to be with the slightest of changes.

READ MORE AFTER THE BREAK »
Posted by Pajama Penguin at 9:03 PM No comments: