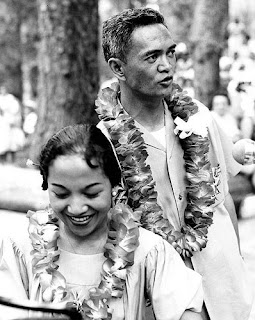 While I’m definitely obsessed with selecting the music for Nicole and I’s wedding next year, what I’m really thrilled about is planning our honeymoon trip. Travel is one of my loves in life, and this is one of those few opportunities where you are expected to spend loads of money and disappear from the real world for a week or two.

At first, I was obsessed with one idea. We would go to Europe. A large part of the time would be in London, and then maybe Germany for a few days since Nicole knows some German. Oh, and of course Paris, because it’s the city of romance, and there’s Disneyland Paris of course. I’ve also always wanted to go to Italy.


Alright, so really I just wanted to return to London. During the summer break after my Junior year of college, I spent two months doing an internship in the heart of London, living just a few blocks from Buckingham Palace. The experience was one of the greatest of my life, possible the absolute greatest of anything until I met Nicole. 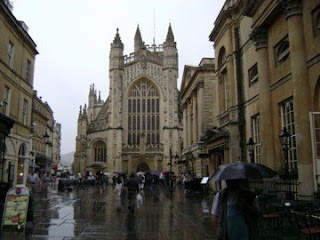 Alright, so this is Bath in England, not London, but this is one of the better pictures I took.

I came to love the city more than any place, save Disney World, I’ve ever been. By the time I left, I felt home, like I actually knew something of the city and had ceased to be an outsider. Further, I had changed and developed as a person, learning many things both good and bad about myself.

Even being there two months, and avoiding the multiple trips to other countries most of my fellow interns took part, I still felt there was so much I wanted to see. Further, I desperately want to share those places and experiences with Nicole, at least most of the experiences. I think we can avoid the trip to trendy dance club Fabric, as that place really isn’t that great for people who are sober and not sleazy men.

Anyway, I missed two important things in all that mental planning. One, I missed the point of a honeymoon, that to relax and enjoy some peaceful time with your new spouse. Two, Nicole really didn’t want her honeymoon to be somewhere where the temperature might be down into the jacket territory, with lots of running about like mad people to boot.

So, we discussed, and seemed to land on Hawaii as our travel destination. Other tropical’sh destinations were eliminated for the lack of English speaking. I avoid awkward social experiences like the plague, and being forced to interact with tons of people while trying to peace together a broken conversation from a phrase book just didn’t sound like fun for a relaxing trip. Cruises were eliminated since there’s a general lack of freedom that we desired.

Hawaii doesn’t require passports, speaks English, and is a gorgeous paradise. It may not be the most original honeymoon location, but it works. Plus, two of our favorite movies to watch together, Forgetting Sarah Marshall and Lilo & Stitch, are both set in Hawaii, so there is a definite connection to the place already. Now we just have yet another thing to plan and re-plan incessantly until next September.

Of course, I might start pushing for Tokyo because of my Lost in Translation fixation...