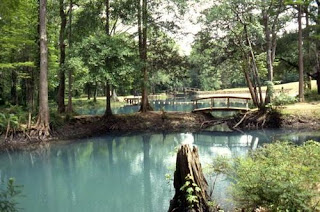 In just a few weeks, Nicole and I will be infiltrating Florida to find our new base of operations. We will arrive via air, and commandeer a commercial vehicle to investigate potential sites. We will break for R&R, then share intelligence with a fellow operative already deep in the field, before returning via air to resume our civilian jobs.

You could say it all that way, but that would be ridiculous. Instead, here’s a rough plan for our apartment hunting trip next month.


Saturday, October 9th: Nicole and I arrive in Orlando hopefully sometime in the morning. After picking up our rental car, we will spend the rest of the day running around in circles looking for apartments that don’t look like they double as cockroach farms or criminal psychology experiments. At the end of the day, we will collapse at the Buena Vista Hotel and Spa, which happens to be across the street from Downtown Disney. This means some of my favorite places in the world will be tantalizingly close, yet inaccessible. I’ll have to be strong. 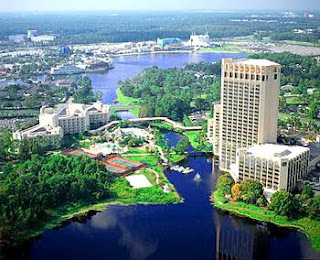 Sunday, October 10th: We will awake and overcome our disappointment that we aren’t going to Disney World like most people in the hotel, then continue to search for a decent living space near Orlando. As long as we haven’t become completely discouraged, we should start to have a decent idea where decent places are to live, and where to avoid like it's infested by the plague, locusts, fire ants, and Nickelback.

Monday, October 11th: After 2 days at our very nice hotel, we will check out and continue our apartment search if necessary. We plan to try and limit our running about so that we can check into our luxurious hotel, Loews Royal Pacific Resort. Lounging by the pool and a visit to Pat O’Brien’s are likely, I may also have a margarita at Margaritaville just to be completely cliche. I refuse to buy Parrothead merchandise, however, as I am against the malicious beheading of parrots.

Tuesday, October 12th: Universal Day 1. In between lounging at the pool, we will explore one of the two Universal Studios Orlando parks. Utilizing the Express Pass, which allows us to get to the front of the lines, we should have plenty of time to relax and still see everything we want to see. Getting Nicole to ride the Harry Potter ride may only be slightly more challenging than getting her to ride it’s a small world.

Thursday, October 14th: Check out time again, as we venture down south to visit Nicole’s aunt, who lives on the gulf coast. Yet more pool lounging, this time at the aunt’s, as well as a possible quick side trip to see the beach.

Friday, October 15th: After saying goodbye, no check out this time, we return to Orlando to fly back to Indiana. During this process, it may be necessary to tranquilize NIcole to get her to leave Florida for increasingly cold Indiana. Search parties may also be involved.

Saturday, October 16th: TIme to start planning a trip to Florida, but this time, the big one. The whole enchilada. The move.