Chime- More Trance Inducing Than a Room Full of Hypnotists 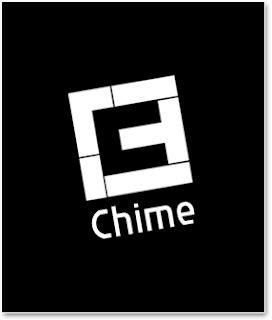 Based on the recommendation of one of my favorite blogs, Twenty Sided, I downloaded the game Chime, which was just released for the PC on digital release platform Steam. The game is the first release by OneBigGame, a charity group that plans on getting developers, in this case Zoë Mode, to make games for free, then donate the profits to good causes. It's an intriguing idea, and for only five bucks, I thought it was worth supporting a charity and getting a few minutes distraction. What I wasn't expecting was one of the most relaxing, zen-like experiences I've ever had playing a computer game.


Watch that video above. What you see is pretty much the entirety of Chime's game play. It's a puzzle game, where you situate different pieces to complete larger quads, which then grant points. Simple enough, but the twist is that the setting of pieces and creation of quads remixes the soundtrack as it plays. Each "level" is one song from an ambient techno artist like Phillip Glass and Moby, with five songs total. There's also a bonus sixth level just for the computer version (the game was originally released for download on the X-Box 360).

While it seems surprisingly simple, the game is incredibly hypnotic. The lovely music is calming and serene, with color provided by your actions in the puzzle game. A line representing the beat continuously crosses the screen, clearing completed shapes and setting off sound samples. Colors subtlety shift and change, with pretty little explosions when quads are cleared away. All of this combines to make something rare in gaming today, a game that calms and soothes rather than feeds on adrenalin and thrills.

Chime probably isn't for everyone, but any music lovers will enjoy seeing how their actions affects the songs, and those of us who tend to be stressed will appreciate the relaxing effects. Since I fall into both categories, I'm quite happy with my purchase, and even more ecstatic that I also supported a charity at the same time. Give the game a try, there are far worse ways to spend 5 bucks. Just make sure not to fall too far into a Chime-induced trance, it might be a few hours before you come back out again.