The Weight is a Gift 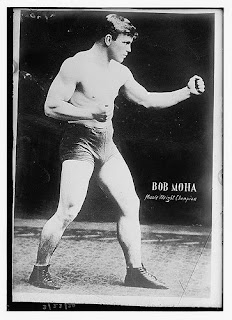 “Maybe this weight was a gift


Like I had to see what I could lift
I spend all my energy
Walking upright”
-Nada Surf, “Do It Again”

Those lyrics are from a song by Nada Surf, an indie pop band who was most famous for being a now forgotten one hit wonder. They still release very pleasing records, but ones that I generally use as background music and don’t give a lot of thoughtful consideration. Sometimes, though, the lyrics shine through, and the above is one of the greatest examples.

Right now, there is a lot of weight bearing down on my family. My only remaining Grandmother is slowly, very slowly passing away from terminal cancer. This has virtually imprisoned my Mother in her own home. My Father and Stepmother are selling off their miniature horse farm, something that has been a part of my life for over a decade, while wiping the slate clean with everything in the family business. Even Nicole has her own weight, as she continues to deal with the day to day realities of a job she doesn't enjoy and is worn down by daily, with doubts that she’ll ever find something better.
It’s funny when I look at all of this, because in truth, my problems are small in comparison. They really aren’t worth recounting, mostly a lack of social life and wishing I had more of a creative outlet. If I wanted, I could run away with Nicole and disappear, and be relatively free in comparison.


However, I won’t give in to such temptations, because I can’t. I love my family too much to not try and help. Their weight is mine, and the only thing I can do is to try and lighten the load as much as I can. It’s part of the reason why I’m taking my time with my plans for Florida, as by the end of the year the worst should be over. Sometimes I feel like I’m being no help at all, but those doubts are just part of dealing with such difficult situations.