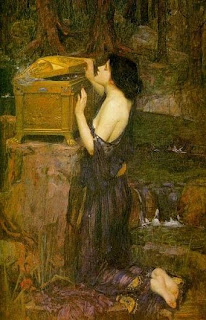 To recap, I am only listening to music on my computer through Pandora internet radio this week. This is in attempt to see if I can train a station to actually work with my musical tastes. They are so disparate and random at times that I wondered if the service could truly adapt. Supposedly, Pandora learns what you like in music and plays only things that match up to those preferences.

I decided to record my first 100 songs played, just to get an exact idea of the music presented early on in the process. I also made sure to rate every song in that first 100 as like or dislike, to make sure I gave Pandora plenty of data on me to utilize. Technically, you’re only supposed to like something when you like “all parts” of it, which I started to do when it got past that first 100. As a side note, I do in fact like all parts of “House of the Rising Sun,” and give a little cheer when it comes on the radio.


Now comes the fun part, making a pile of blue sticky notes make cohesive sense. This should be entertaining. For this post, I’m going to give the first ten songs Pandora chose for me, and my thoughts on each:

1. Over Engineered by Bottom of the Hudson- Thumbs Up

Not a bad way to start things off, a nice, weird indie song. The structure is fun, with pleasant acoustic verses followed by extremely noisy, My Bloody Valentine-like blasts of sound in the chorus. Not shoegaze, exactly, but definitely something new and unexpected. Good Pandora, have a treat. 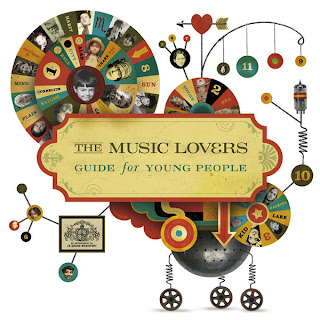 2. The Sea and the Sun by The Music Lovers- Thumbs Up

The good continues somehow. Gentle indie pop with a nice accordion added in to the mix, and I do love a good accordion. As opposed to accordions seeking world domination, of course. Nobody needs an evil squeeze box. The singer also distinctly sounds like Hedwig from Hedwig and the Angry Inch, which I also throughly approve of.

3. The Cap’m by They Might Be Giants- Thumbs Down

They Might Be Annoying is more applicable in this case, as the song tries to be clever, comes off boring, and goes on forever. It also might have just felt that way, I’m not sure. Either way, 2 out of 3 so far ain’t bad. Unless they play Meatloaf next.

4. The Truth by Otto’s Daughter- Thumbs Down

Not Meatloaf, though it might be worse. We have now landed in some bizarre goth-electronic territory that makes Trent Reznor cry tears of blood and darkness for them failing so badly at ripping him off. We are not on a good musical path now.

5. Rally by Western Civ- Thumbs Down

Apparently, I was still recovering from the previous horror, as the only note I have is “annoying indie rock.” Probably something whiny and pretentious, like 75% of the genre, or all of Pitchfork.com. Either way, it got a thumbs down, and I’m not much for giving second chances to it.

Pandora isn’t as dumb as I’m starting to think. After the last 3 songs, I definitely feel like I need a drink. It's a conspiracy, I tell you. 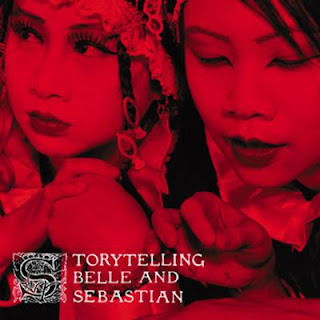 6. Big John Shaft by Belle and Sebastian- Thumbs Up

Hallelujah, saved by Belle and Sebastian! Since they were one of my seed artists for the station, they had to turn up eventually. Not much to say, typical B&S song with good lyrics. They’re still one of my favorite bands, and this song fits right with what I like about them.

7. Good Vibrations by Brian Wilson- Thumbs Up
And here is where Pandora starts trying to incorporate more of my initial song preferences and gets confusing. Belle and Sebastian to a Beach Boy isn’t completely bizarre, but it is still a little out of left field. My personal listening habits are like that in general, but I was hoping for maybe a little transition. Anyway, still a classic song no matter what weird places it pops up.

Jokes on you, Wendy’s, I’m getting Steak and Shake for lunch. Your ads have no power equal to the glory of cheese fries.

8. This is a Song by The Magic Numbers- Thumbs Up

I’m going to file this title under “We ran out of time to name things and forgot to change the placeholder.” What’s the next song on the album, “This is a Series of Choruses and Verses”? Still, it’s a good song, cheery and poppy, with a 60s throwback vibe, like the rest of their catalogue. I ignored the album this song comes from because I heard it was more of the same, but sometimes the same isn’t a bad thing.

9. No Man’s Land by Sufjan Stevens- Thumbs Up

I seem to be proceeding on a road of wimpy indie rock, at least on the surface. I do love Sufjan, however, with his over the top soundscapes in full effect on this track. I am getting disappointed that more variety hasn’t popped up yet in my station, except for songs that are, ahem, less than good.

Speaking of “less than good,” we have these annoying indie rockers. The song is fast and more rock-like, at least, but it's completely destroyed by the singer. According to the note, “The singer makes me want to punch him in his high pitched face.” Not exactly a pleasant reaction, it seems.

After the first 10 songs, there are 6 thumbs up and 4 thumbs down. Not exactly an unexpected result, as the system is still learning about my tastes. Still, I was growing wary that I was training it to only play the softest and pleasantest of indie pop songs. Would the power of rock finally arrive? Would the supervillain powers of MF Doom bring some rap and hip-hop to the mix? Would I fall asleep after the 5th Belle and Sebastian song? Tune in next time to find out!

Posted by Pajama Penguin at 8:02 AM