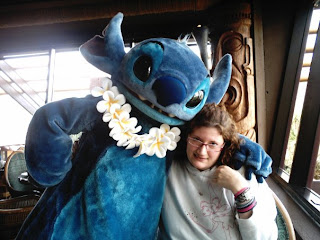 Recently lots and lots of news has popped up about Walt Disney World. Most of the stories are tales of the amazing spate of new attractions and additions at nearly all of the different parks. Examples include a new Monsters Inc. roller coaster at Hollywood Studios, a new country and renovated pavilions at Epcot, and new developments at the Magic Kingdom’s Fantasyland expansion.

The latter story is based on actual interviews with Disney executives and while there are little details, at least present real information. In contrast, the other stories are equally vague with no real sourcing, based on rumors and “rumblings.” This means it must be a slow news week, since these kinds of rumors have fun rampant on the internet for years upon years.


Still, the sheer explosion in news sources reporting on these additions lends some credence to something happening at one of my favorite places in the world. Disney continues to claim that Universal’s new Harry Potter attraction and land has nothing to do with their new plans, but it is obvious that they see a legitimate threat and know they must react. This gives me great hope that we are about to see some interesting developments.

If you’ve followed Disney World for the last 10 years or so, you will see a sharp divide in opinions. Many die hard Disney fans, especially the WWWD (What Would Walt Do) sect, have bemoaned supposed reductions in quality and lack of additions at the Florida parks. When faced with these potential new attractions, some even automatically assume that these new rides will be inferior or downright terrible. These people would scrawl “Abandon all hope, ye who enter here” over the entrance to the current resort.

On the other end of the spectrum, you have the superfans that see sunshine and rainbows in everything Disney, and see no wrong with much of anything they’ve done. To them, these rumors are obviously true, and are harbingers of the sheer amazing euphoria that is to come.

Even though I still love Disney World, even in its current, supposedly reduced state, I also have a realistic view. I fully understand and acknowledge we’re dealing with a massive corporation, just one that happens to base its business model on selling nostalgia, memories, and dreams. This is why I’m hopeful that we’ll see some new additions, but I’m not expecting paradise on Earth either. I see much potential, but I also see the massive pitfalls that line the way and could wreck everything.

The one thing that truly excites me about all these developments is that I’ll soon be in Florida, right in the middle of it. I’ll be able to follow all the construction, see the changes in detail, and experience the new attractions firsthand when they’re new and fresh. We’re entering a theme park war that hasn’t been seen for a long while, with Universal Studios finally fulfilling the promise of Islands of Adventure, a legitimate challenge to the Disney empire. Of course I’m rooting for Disney, but I think all three sides can come out winners, Disney, Universal, and the theme park loving public.