Part of the Misanthrope's Guide to Disney World, a series of posts on surviving the theme parks for people who hate people. The guide page can be found here, as well as some previous posts.

When hearing of the many problems massive crowds cause at Disney World, the natural solution seems to be visit at less busy times of the year. There are a few flaws with this plan. For one, "less busy" for Disney World is often just another point on the spectrum of ludicrously overwhelmed with humanity. The second flaw is that the massive crowds are only half of the people problem, it's how the individuals within that crowd behave that causes the majority of issues.

Something about the theme park experience turns relatively decent people into loud, obnoxious, selfish, sociopathic, boorish twits. Whether it's the heat, the mob mentality, or the emptying wallets, something causes certain guests to abandon all manners and decency once they walk off the monorail. Unfortunately, there's no way to change the majority of tourist behavior. However, a good misanthrope can at least follow some common sense rules to make the Disney World experience easier for others, and maybe they'll reciprocate in turn. They probably won't, but hope springs eternal.

What follows are some basic guidelines for polite behavior at Disney World. This isn't an exhaustive list by any means, but a good starting point of things to consider. 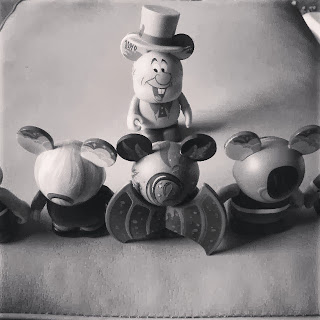 Paths at Disney parks are often extremely wide, paved to allow people to walk both directions in large numbers. It doesn't matter the size of path, however, because at some point an entire group will decide to walk next to each other. If the path is 5 people wide, they will walk 5 across. If its 10 people wide, they will somehow conjure 5 more people out of the ether to fill it.

2. Don't Stop to Imitate the Snail

This is a corollary to the previous rule, as these two problems are most egregious when combined. Already blocking most of the path, many groups will proceed to walk at a pace best left to the mighty Galapagos tortoise. Worse, they randomly stop to adjust a stroller or examine a map, causing the crowd behind them to collide in a sweaty pile-up.

Sometimes you have to stop, and sometimes you can't walk that fast. If either is the case, however, please step to the side and let the masses pass. You'll keep traffic moving, and you'll avoid someone deliberately trodding on the back of your heels.

In recent years, Disney has attempted to alleviate the more boring aspects of the theme park day. They added interactive games and activities to many of the attraction lines, and started providing permanent and temporary playgrounds at spots where children might have to wait. It's a brilliant idea that does seem to make guests happier, but it has unfortunately not eliminated a certain kind of misbehavior, and may be accidentally encouraging it.

Many guests have taken to playing with, pulling on, and attempting to destroy every piece of prop or theming within in reach. For example, in the Pirates of the Caribbean queue they will rattle chains, try to pry fake weapons from the wall, and climb on top of giant barrels. This usually creates unnecessary noise, bothers other people in line, and sometimes literally destroys part of the theme park.

It doesn't require much awareness to understand what should and shouldn't be manipulated or climbed. If it looks like a playground, or if there are clear instructions to monkey about the place, then feel free to play with things. However, don't assume everything on the wall is meant to be grabbed, and actually read the signs that say "don't climb." 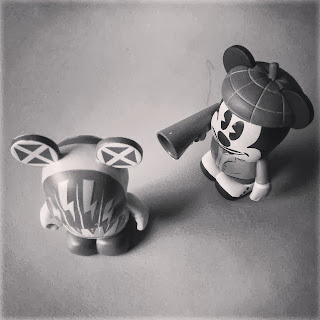 4. Don't Shout in the Ears of Others

Sometimes theme parks can get loud. Large amounts of people talking at once, rides blaring thematic music, and general hustle and bustle combine into a cacophony that can drown out all but the most focused of thoughts. The natural reaction to all that noise is to talk louder, and louder, and louder, so that you can be heard over the cacophony.

When you feel like talking louder, stop and think about where you are. If you're in the open air, make sure you're not shouting directly into some bystander's ear drum. If you are in a line, make sure you're not just raising the overall noise level for a pointless comment. If you're watching a show, pre-show, or are on a ride, just shut your mouth, keep it closed, and enjoy the experience. Everyone came there to hear the attraction, not your annoying blather or witless comments about what is happening.

There could be multiple articles written about bad parenting at theme parks. However, many problems are caused by parents forgetting to keep an eye on their children. Many a child has disrupted crowds and caused hazards, to themselves or others, while their parent walks away. Occasionally little ones get away, but whenever possible it's best to keep them in view, for their safety and others sanity.

If there ever is a set of theme park commandments etched into stone, this should be number one on that list, even though it's number six here. Line cutting is something that most everyone knows is wrong in some way. However, there are still people that do it without realizing. Some guests will use the bathroom, then cut ahead to their group. Some groups will do the opposite, and have one person stand in line so that a large amount of people can avoid the wait. Of course, there are also those useless wastes of oxygen who will blatantly cut the line even though they know it is wrong.

7. Don't be Rude to Cast Members

The Cast Members of Disney World are some of the greatest employees in the world. While some are just doing a job, many see themselves as integral parts of the magic creating experience. These tireless individuals always smile, try to make every interaction special, and literally or figuratively perform their roles like stars.

Of course, this means that guests often treat the Cast Members like dirt. Not just dirt, but filthy, radioactive, putrid muck. These ruthless individuals will shout demands, expect ridiculous results, and refuse to listen to reason. To these people, Cast Members are unworthy servants that should grovel at guests' feet.

Be nice to the Cast Members. Only through their enthusiasm and efforts can the theme park experience exist. Unless you want to pop your own popcorn, run your own rides, and clean up your own mess, you need them there doing their job. Crushing a Cast Member's spirit is like kicking a puppy.

These have been some basic guidelines for Disney World behavior. Please be a good misanthrope and follow them, and maybe you'll restore someone else's faith in humanity.
Posted by Pajama Penguin at 3:48 PM