41 Pounds to Disneyland: It Could Have Been Worse 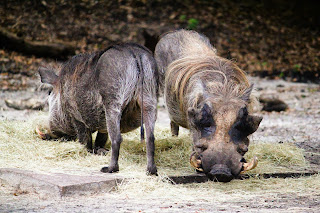 This week is the first week that my wife and I have returned to decent eating habits and exercise. This is also one of the worst times of the year to return to healthy eating, as the annual Epcot Food and Wine Festival is ongoing. We've already indulged of it once, but I haven't completed my annual sampling of all the cheese platters available. I may have to starve myself for a week to compensate, but I will not be denied gourmet cheeses that would drive most people away with their scent alone.

Otherwise, getting back in to healthy eating isn't quite as intolerable as I feared. For one thing, it's been long enough that I no longer fear the site of Lean Cuisine boxes and have no more nightmares of salads consuming me. The reduced portions are proving problematic, but stomach shrinkage comes naturally over time. I have hope that this time I will make it to my goal.


Speaking of that goal, I've determined sticking to the original plan is best. I started this weight loss with a dream of visiting the original Disney park, and I plan to follow that through to the end. One day I will indulge in a Disney cruise, but that seems an ill-fitting goal for the end of weight loss. Cruises are filled with copious amounts of alcohol and rich food, which means I would have to repeat some weight loss afterward. At least I know I will be doing lots of walking at Disneyland, even if I do end up eating at some of the famous restaurants.

As part of the renewed weight loss regimen, I also realized that it was time to face reality. For weeks I had feared weighing myself, knowing that I had lost progress made toward my goal. Clothes were fitting a little tighter, and my gut was slowly inching forward. There was no denying that my weight had increased, the only question was how much. I foolishly thought that I would lose weight for a few weeks and then check the results, but without some idea of my progress, I found myself always returning to bad habits.

Today, I weighed myself for the first time in months. The results aren't good, but they're also far less horrifying than I imagined. During my stress and illness spawned sabbatical from weight loss, I only re-gained 10 pounds. If I manage to stay on track, it should only take a few weeks to start making progress again.

I'm back to losing weight, and will be close to Disneyland once again. I just have to stay away from Epcot when I'm hungry, and I should be okay.
Posted by Pajama Penguin at 8:03 AM