The Misanthrope's Guide to Disney World: The Best Parks for Avoiding People 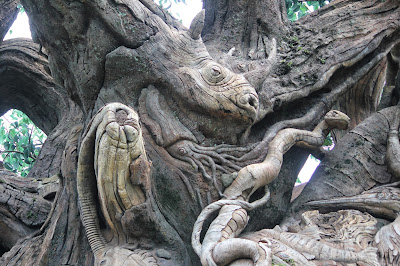 Part of the Misanthrope's Guide to Disney World, a series of posts on surviving the theme parks for people who hate people. The guide page can be found here.

All Disney World theme parks are not created equal. They were all formed under different circumstances, shaped with different goals, and have received varying levels of care and neglect over the years. Most rankings of the four theme parks focus on aspects like the amount of rides offered, the number of attractions that qualify as "E-Tickets" (world famous rides, essentially), or just generally how busy you can remain.

These qualifications are generally useless for my purposes. From a misanthrope's point of view, more attractions designed to attract the masses is a negative. For our purposes, the most important factor is how easy is it to enjoy and explore a theme park while also being able to escape from other people. When the tourists, tour groups, and terrors grow to strong, there has to be somewhere to find peace, quiet, and harmony. At the very least, whatever passes for peace, quiet, and harmony in Disney World. Here are the theme parks ranked from best to worst for avoiding people. 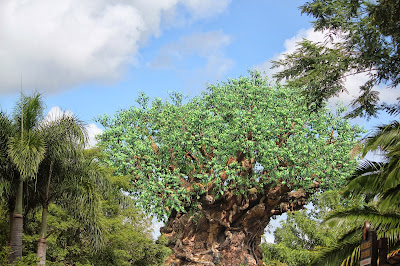 For years, Disney attempted to convince people that Animal Kingdom was not a zoo, even coining a ridiculous phonetic word, Nahtazu. They were afraid of visitors dismissing the park before they visited, and in the process helped create those dismissive attitudes. Those that don't see the appeal of Animal Kingdom still find it inferior, claiming, "If I wanted to see animals, I'd just go to a zoo at home." My natural response to that comment is that if you wanted to ride rides, you could have just visited the county fair or a Six Flags.

Nahtazu was a lie. Animal Kingdom is both a zoo and a theme park, but above all else it's still a Disney experience.  Animal enclosures are elaborate recreations of the natural world, using theming and design to transport visitors to the savannahs of Africa or the ruins of Indian temples. Animals are not confined in small areas, but are allowed to roam and even hide in lush greenery. The viewing experience feels less like a glance into a row of cages, and more like an actual adventure. 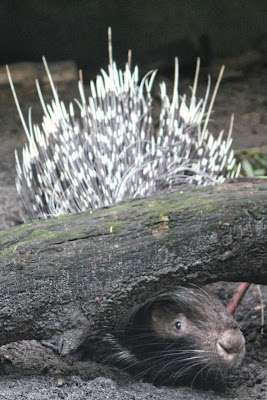 Many of the typical tourists believe that the animals are just pointless window dressing, and race between the excellent few attractions. This is what creates the perfect environment for misanthropes. Animal Kingdom is a park where you can experience most of the best parts, the animals, architecture, and even the shopping, while avoiding the masses of people. Some of the most interesting animals are housed along small, barely marked trails, often empty except a few other visitors. The other major trails are tucked away past the major attractions, guaranteeing they're only packed on the busiest of days.

Unfortunately, change is coming to Animal Kingdom. Disney has plans for a new land based on the film Avatar, as well as other additions. These additions do not seem to include any new animals, trails, or even real world cultures. What the changes will do, or at least what Disney hopes they will do, is bring new crowds to the park. The relative peace and beauty of Animal Kingdom could be easily shattered, and I only hope that some parts of this bastion for misanthropes remain intact. 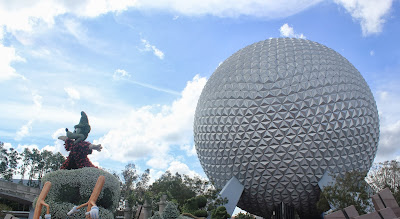 EPCOT was Walt Disney's vision of an experimental prototype community of tomorrow, a planned city designed to revolutionize urban living. Upon his death, his vision was respected by turning it into Epcot, a theme park that counts animatronics, squirrels, rabbits, and ducks as its only residents. In their defense, EPCOT sounded like the foundation for a corporate dystopian nightmare, and Epcot at least tries to include educational elements, as well as introduce a wide range of world cultures.

Epcot is the second most visited park at Walt Disney World, and third in the country. However, even on moderately busy days it rarely feels oppressive. This is primarily because the theme park is massive. Future World and World Showcase cover a huge amount of area, with multiple paths and walkways to different destinations. Even the path around World Showcase is exceptionally wide, making it easy to navigate most times of day. 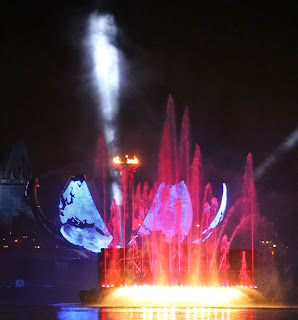 The other benefit to the misanthropic is the multitude of smaller attractions and hidden spots. There are small museums, exhibits, and gardens dotted around the park that are often missed by the crowds, making them perfect spots to hide and relax. Some of the best attractions, like Spaceship Earth and Living with the Land, are history or education focused, which means generally short lines and a quiet experience.

There is also one other factor that's both a blessing and a curse, the alcohol. It has the unfortunate effect of spawning groups that devote themselves to drinking around the world, overindulging and being obnoxious in as many countries as possible. However, it's also not a bad way to calm the nerves when exposed to the more crowded days, and there are some great offerings from around the world. Like the theme park experience in general, it's best to take in moderation. 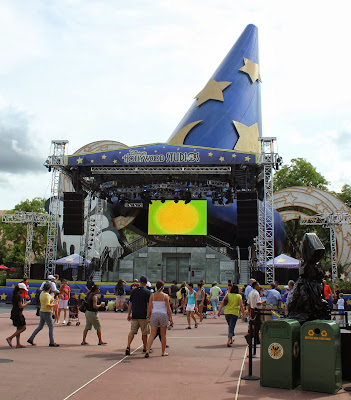 Hollywood Studios is a park with major identity issues. When Universal Studios announced its plans for an Orlando theme park, Disney rushed their own studios park into development and construction. They managed to beat Universal and open first, with a park light on attractions, dependent on licensing deals with MGM, and dependent upon a massive tour to keep guests occupied. The park tried to position itself as a working film and animation studio, while expanding with new attractions like the Tower of Terror and Rock 'n' Rollercoater. 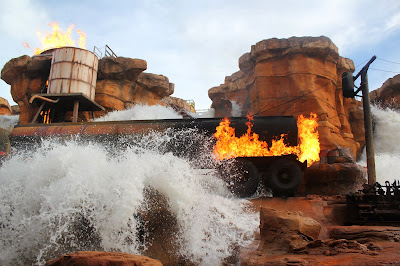 Unfortunately, things deteriorated rapidly. Production of any kind ended and the studio tours shrank to a couple brief, inconsequential experiences. New attractions barely fit within the theme of the park, and plenty of empty space was created due to the lack of activity. Most guest traffic is focused on several specific areas, creating relatively empty sections like the Animation Courtyard and Streets of America.

Empty and abandoned are wonderful words to the misanthrope, but there's a downside. While there are plenty of low traffic areas available at Hollywood Studios, they usually feature few interesting things to see or do. While the Streets of America are nice for a few pictures and include some fine details, they are no more than a quick diversion. Since there are so few attractions, those that are around usually attract a large amount of people. To summarize, you'll find lots of quiet places in Hollywood Studios, but they'll be places where you won't want to stay for long. 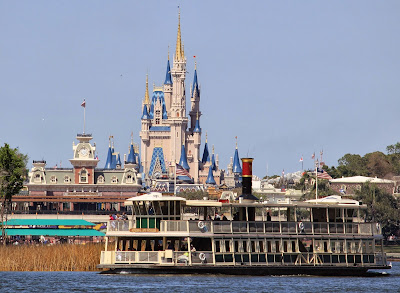 Magic Kingdom is the most attended theme park in the world. It's one of the busiest places on the planet. It brings an incredible amount of people from across the planet and forces them into a confined space. For a misanthrope, it can be the worst place on Walt Disney World property.

Of course, it's also an amazing place with some of the best attractions in the world. The various lands are fantastical visions of the past, the future, and the imaginary, and it's the main place for Disney themed rides. This is the home of the Haunted Mansion and Pirates of the Caribbean, and missing it would be like visiting Niagra Falls and never seeing a waterfall. 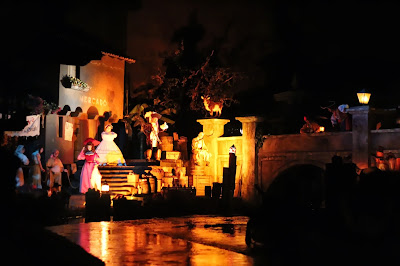 The problem is that there is little way to escape the crowds, at least for extended periods of time. Other than a few quieter attractions, there are limited places away from the masses, and side paths and hidden walkways are short and only give temporary reprieve. The most quiet spot is Tom Sawyer Island, and even that is only accessible via a crowded boat ride that closes in the early evening.

For the misanthrope, Magic Kingdom proves a conundrum. The most magical place on Earth is also filled with an unavoidable horde of people. The only solution is to learn the few escape routes, the precious spaces away from that horde, and be ready for anything, including flying elephants. 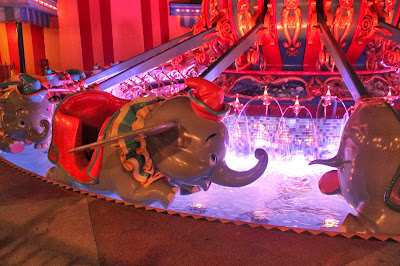