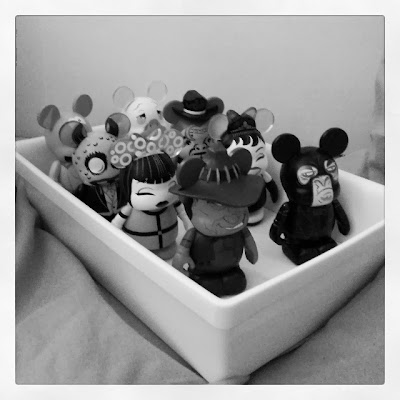 Of everything Imagineers and the Disney Parks have contributed to the world, the continuing advancement, and even perfection, of the dark ride is one of most important. Dark rides originated as simple Tunnels of Love, mostly pitch black boat rides with occasional cheap scenes, mostly intended as a way for couples to share some intimate moments in the dark. These days, most couples don't bother waiting for the dark to show their extreme affection in theme parks, so those rides would be pointless.

Other early rides, specifically those manufactured by the Pretzel Amusement Ride Company, were created for cheap scares. These rides featured vehicles which raced through darkened buildings, utilizing flashing lights, spooky props, crude animation, and loud noises to startle guests. Most of these craftsmen were near magicians, creating scenes on a budget that made a huge impression, even if the technology wasn't amazing. Unfortunately, most of these old rides have closed over the years. Similar attractions in county fairs are pale imitations, with the people operating the rides often more unsettling than the ride itself.

Like many other theme park standards, Disney took the basic dark ride concepts and added new levels of theming and quality. Other rides were only mildly improved by the additional care. Spinning tea cups still spin the riders and induce vomiting, no matter how pretty they look while doing it. Dark rides were always a visual medium, however, and Imagineers used the form to create new levels of storytelling and scene setting. They perfected a new art form, one based on engineering and design on a grand scale.

All of this history is just set up for the number one principle of Disney dark rides: violating the experience is like destroying a masterwork. To ruin Haunted Mansion or Spaceship Earth for others is only a few steps removed from burning the Mona Lisa. Unfortunately, those that lack Dark Ride etiquette usually get away unscathed, while destroying great art probably gets you locked forever in the Louvre's secret dungeon. The following rules are still worth following, just in case they begin locking rude tourists in the Pirates of the Caribbean jail cells. 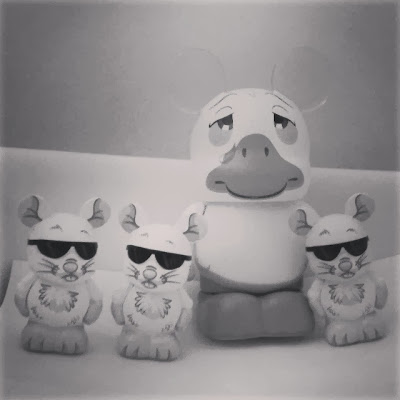 Dark rides are often extremely dark. This should not be a shocking revelation, like the fact an attraction called Splash Mountain can get you wet. Even rides that don't utilize complete darkness use low lighting to set the scenes. This makes proper photography difficult without decent camera equipment or great settings.

It's a natural reaction to want photos of these great rides and their memorable moments. It's also natural to think the solution is to use flash photography. However, you should never do this. In fact, drinking the reclaimed water in boat ride canals is a better idea than flash photography.

The prime reason is simple. Flash photography blinds other guests trying to enjoy the ride, causing them to miss most of the attraction as their retinas burn. In addition, it disrupts the scenes of the ride, which are carefully designed with exact lighting in mind. Nothing ruins the illusion quicker than a brief flash, illuminating everything meant to remain out of sight. Unless you want to be assaulted by a gang of temporarily blind tourists, it's best to turn off the flash.

2. Don't Stand and Rock the Boat

Disney Dark Rides use different vehicle systems depending on the ride, from classic style single cars to flying pirate ships. Two of the most common types are the omnimover, a connected chain of vehicles through the entire ride, and high capacity, quick loading boats. Proper seating behavior for the Omnimover and other non-aquatic means of conveyance is simple. Don't stand. Not only are you blocking the view for others, you're also at risk of falling out of the vehicle. Frankly, it's best not to know what animatronics do when they sense a fleshy human loose among them.

Boat rides add an extra opportunity for misbehavior. Boats float, and thus, boats can be rocked. Normally guests don't realize this extra feature, but sometimes rowdier guests will discover when the attraction stops unexpectedly. Rocking the boat is obnoxious, potentially dangerous, and will inspire a particularly severe rebuke from Cast Members over the intercom. If a Cast Member actively yells at you, you know you've committed a huge faux pas. 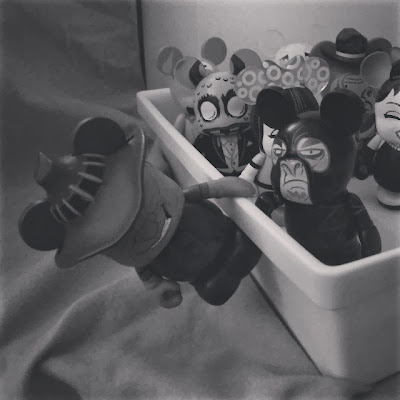 Talking during attractions, especially in a voice louder than the ride itself, is a common problem. Dark rides sometimes isolate visitors with their own groups, which minimizes the problem, but others feature large ride vehicles or close quarters that make it impossible to ignore the bleating. If you're somehow louder than a bellowing pirate captain, it's probably best to be quiet.

However, even quieter conversation can be annoying, depending on the content. There are two common conversations during dark rides. The first is the annoying commentary by longtime theme park visitors. Riding the same ride for the hundredth time, they babble about obscure facts only they would want to know, or imitate and comment on the ride's lines like they're attending Rocky Horror. This kind of talking is only annoying to your friends when you're isolated, but a boat full of strangers may decide to throw you overboard.

The other conversation is the annoyed, bored tourist. These individuals are only riding the ride, or attending Disney World at all, after being forced by a loved one or friend. Unable to check their cynicism for a moment, they blather about how every ride is terrible, dated, meant for little kids, annoying, stupid, on and on and on and on until every person within ten miles suddenly hates life. If you can't stand the thought of subjecting yourself to it's a small world, please wait outside and grumble quietly to yourself.

4. Don't Use Your Cell Phones

We live in an inter-connected world, one based on almost unfathomable technological innovations. Cell phones, smart phones, tablet computers, all of these things are a common sight in the theme parks. They have an increasing amount of issues, including organizing dining reservations and planning the day. Frankly, this is fine, and probably less irritating than people smacking each other with giant, unfolded maps.

However, some people can't give up the phone, even when inside an attraction. Talking on the phone is terrible, and you can only hope someone grabs that device and chucks it into the darkness. Just as bad are those who ignore the ride while using their technology. The bright glow of these devices creates a surprising amount of light, distracting from and marring the attraction's experience. It's okay to use the phone for pictures in most cases, but otherwise, tear yourself away from that connected world, at least for a few minutes. It won't kill you, and it may save your life by preventing a murder. Yours. 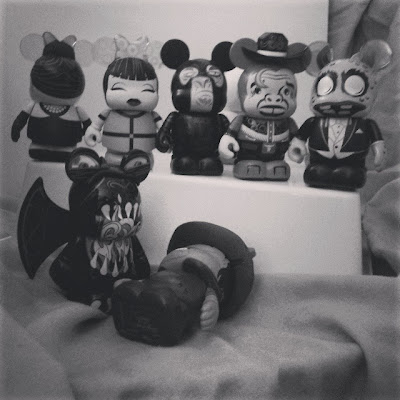 For young ones, dark rides are potentially terrifying propositions. They're entering into the unknown, in various levels of blackness, with no idea what comes next. Even a benign experience like Peter Pan might induce some nervousness, and the Haunted Mansion can reduce any child to quivering goo.

The truth is that almost all dark rides, with a few exceptions, are mostly tame. Even the Mansion's ghosts and Pirates of the Caribbean's skeletal victims are mostly inert or harmless. However, rather than comfort their children or let them choose what to ride, some parents force their terrified offspring onto dark rides, causing them to scream, cry, and shatter the ear drums of fellow guests.

Worse, some parents find the fear amusing, and will actively try to startle their own children. These monstrous examples of bad parenting will disturb other guests as well, shouting "boo" at inopportune moments, making sudden movements in the dark, and generally behaving as some of the worst people in the world. This will sometimes set off a chain reaction that scares everyone's children, resulting in a wailing chorus of traumatized tots.

If your child is too scared to ride, wait outside with them or use the parent swap program. You can also try preparing your children ahead of time with pictures and video of the experience. Above all else, don't try to scare them on purpose, because your children know where you sleep.

Remember to always follow your dark ride etiquette. It may be true that it's too dark to witness your misdeeds, but it's also too dark for anyone to see what happens to you in retaliation.
Posted by Pajama Penguin at 2:04 PM