Life with Theme Park Mice: Stuck in the Middle with Lakeland, Florida 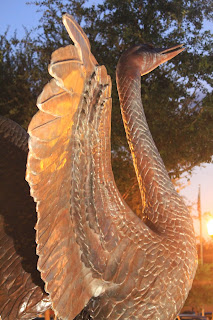 Orlando and Tampa dominate Central Florida. Tampa is a large, thriving city with some of the worst drivers and most intolerable highways in the state. Orlando is one of the most popular tourist destinations in the world, attracting more people to the city every day than the actual resident population. Some nearby locations, like Legoland in Winter Haven, draw a bit of the attention away, but most focus remains on those two cities.

Interstate 4 connects those two cities, with many smaller locales littered along its path. Almost directly in the center, with the road cutting through it, is Lakeland, Florida. Some people know about Lakeland, maybe because they know someone retired there, or have to live there because the rent is cheaper. There are even some Floridians that don't know much about the city. Stuck in the middle between two giants, it disappears into their shadows. 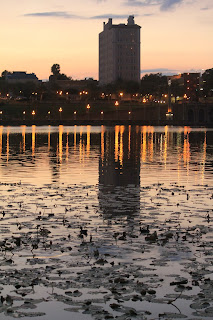 My wife and I chose to settle in Lakeland for multiple reasons. The aforementioned cheaper cost of living, its easy access to the two major cities, and those are about it. The city itself was a minor factor, as we knew that we'd be spending much of our time away from it. We are Disney addicts, and our easy fix is less than an hour's drive away. Lakeland doesn't even have a Disney store in its mall.

This living situation isn't new for us. While my hometown in Indiana was a fraction of the size of Lakeland, it had a similar problem. Tucked into the far northern regions of Indiana, there were still two major cities within an hour's drive. Even though our city was the center for a major medical industry, it was still only notable for its location in relation to the major urban areas. 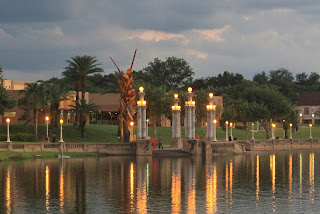 Back in that Indiana city, my wife and I found little to do. Unless you had the money and foresight to have constant lake access, activities and interesting destinations were somewhat limited in the warmer months, and the only things to do in the winter were drink, hunt, and curse the weather. We're not drinkers or hunters, but we did continually curse the cold, which is why we finally moved South. The summer wasn't much better for us, as we spent most of our weekends traveling to the bigger cities to visit their zoos and shopping centers.

For the first year of our life in Lakeland, we have treated it the same, spending more free time away from the city than we do in it. This pace of constant short trips and long days away was exhausting when things were going well, but after injury and sickness it became impossible. Needing something to do that didn't require tiring drives, we looked again at our town. 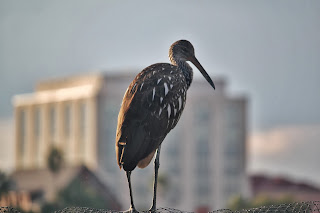 Lakeland might not be a city as large as Orlando or Tampa, but it's still a lively community. The downtown area hosts many great restaurants and interesting shopping. Lakes surround the city center, hosting an impressive variety of water fowl that includes the city's iconic swans. Nature is everywhere, with amazing places to see wildlife within walking distance of our house. There are museums, both of art and for children, as well as the world's largest collection of Frank Lloyd Wright designed buildings.

Activities, festivals, and other events are constantly occurring, even if we don't notice them. While walking downtown to have dinner at Harry's, a New Orleans style seafood restaurant, my wife spotted a market packing up on the nearby park lawn. Walking towards one of the lakes after dinner, we saw a large amount of tents and a stage on the opposite shore. We wandered through the crowd to discover a packed Latin music concert, something of which we'd never heard a word. We escaped the masses to walk around the lake while enjoying the music in the distance. 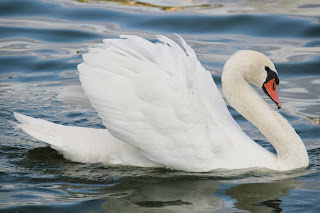 There is so much to find in these towns, missed for lack of some marquee attraction. Lakeland has no theme parks or beaches, but that doesn't mean it's without merit. It has a soul, a diverse community, a vibrant downtown, and plenty of hidden surprises to discover.

We're Disney addicts, so I don't foresee a great reduction in trips to Orlando in the near future. However, I also want to try to give my new home its proper due. I want to help spread word it's a place worth visiting, and not just a pit stop between giant tourist traps.
Posted by Pajama Penguin at 2:02 PM