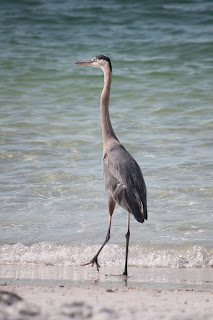 
Last time I updated, the weight loss had gone on hiatus. This was a temporary delay while my wife recovered from her ankle injury. Soon, I would be headed back toward healthiness, working toward that grand goal of Disneyland.

Life had other plans, it seems. About the time my wife was able to walk normally again, I came down with a minor cough. This cough lingered for a week, then it proceeded to turn into a constant purge of lung-locked mucus. Fatigue and listlessness took over my body, and the days became a blur of barely conscious living. I finally gave into common sense and visited the doctor, who proudly announced like a game show host that I had a nasty case of bronchitis. A week of antibiotics, steroidal inhalers, and lots of rest later, I realized that another month had passed and my weight loss had started to reverse itself.

This isn't to say I'm giving up on my weight loss. Yesterday was the first day resuming my workout routine. I'm also back to eating healthier, something that's going to make life a little darker and less delicious for a while. However, I refuse to weigh myself until I've spent a couple weeks back in the routine. I know the first time weighing myself if going to be depressing, but I want the impact to be a little less severe. My natural reaction to bad news is to eat, after all.


There is a change coming, possibly. At the tail end of this bout of illness, I was mostly better but still exhausted. Any attempts to leave the house resulted in a mild breakdown in the face of blazing hot weather and hordes of maddening tourists. For the first time in memory, I dreaded visiting the Disney parks.

One day was different. Even though tourist season wasn't quite over yet, my wife and I visited one of the Disney waterparks. The parking lot was nearly past capacity, and the sidewalk was so hot that water had to be sprayed across it to avoid blistering feet. The day should have been awful.

Yet, once we had fought through the mass of people and managed to somehow acquire an inner-tube, I discovered something amazing. Floating on my back, pushed along the lazy river, I did something I haven't managed in years. I relaxed, totally. I was so used to stressed out vacationing, to rushed and hurried day trips, that I forgot how to let out the stress. Relaxing is a foreign concept to me, because I somehow always feel like I should be doing something more productive or interesting. 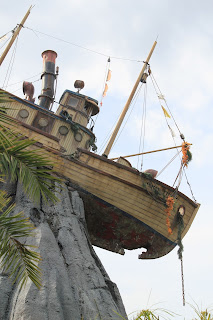 Water seems to be one of the few that things that allows me to relax. The smell of the water, its gentle motion, and just the cool feeling on the skin lets me forget about time and worries and being perpetually in motion. The only thoughts that crossed my mind were a desire for a book to read, and a wish I could never leave.

It was then that I realized that maybe now is not the right time for Disneyland. Every time my wife and I take a vacation recently, it ends up being a stressful experience at some point. The only time we seem to truly relax is when we have one of our rare trips to the beach for more than a day. Of course, I'm still a Disney obsessive, but an alternative goal quickly comes to mind.

I've not decided yet, but I'm thinking of changing my reward at the end to a Disney Cruise. I've never been on an ocean cruise, and it seems like the perfect opportunity to have a relaxing vacation while also absorbing some of the Disney magic as a wide eyed tourist again. Maybe I'm just getting older, but a week of food, alcohol, and relaxation on the ocean is increasingly sounding like a better enticement to finish the weight loss.

So join me next time, when there may be a weight to report, or not, or this may be "Pounds to a Disney Cruise," or something else. Regardless, the weight loss has started again, and I will reach my goal, whatever it ends up being.
Posted by Pajama Penguin at 5:53 AM