Tourist Parenting 101: Relieving the Call of Nature with The Lion King 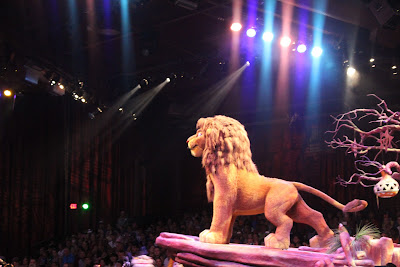 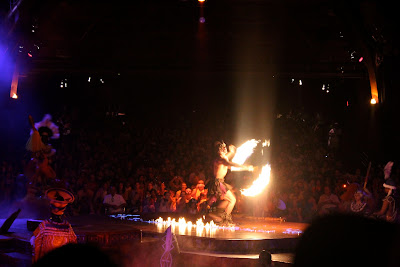 Among Animal Kingdom’s attractions, Festival of the Lion King beats even the coasters for most likely to take your breath away.  A hybrid of Cirque du Soleil and The Lion King Broadway Musical, this half hour show nears perfection.  It’s biggest flaw is the location in the middle of Camp Minnie Mickey.  This results in an infestation by the most savage beasts in all of Animal Kingdom, badly parented children.

The last time I experienced the Festival, I sat next to a rather large family.  Within minutes, I could tell that sharing a bench with this group was not going to be fun.  The mother almost immediately began complaining about the seats, her child’s supposed inability to see the show (before the show had even started), refused to listen to cast member directions, and would not sit closer to her family to make room for more people.    Before I could escape to less aggravating seating, the theater had already filled my section and I was stuck for the duration.

During the show, the mother spent much of the time arguing with her children, which I attempted to ignore.  One little boy in particular repeatedly came to her for help, but received responses like, “What do you expect me to do about it?”  I focused harder on the show, trying to engross myself in the fire twirling rather than this mother failing to put out her family’s fires.

Suddenly, I was struck by an acrid odor.  Once you’ve lived in Florida for a few summer months, you stop noticing awful smells in crowded areas.  This odor, however, rose above those normal scents of body odor and sweat to another level of eye watering.  This odor was strangely familiar, yet I couldn’t place it.  All I knew was that the sooner I could escape to fresh air, the better.

Suddenly, the odor began to grow a little stronger.  Then I noticed the distressed little boy hand his mother a bottle, which she quickly hid in her bag.  The bottle was now the source of the smell, which I finally identified as urine.  The child’s parents apparently had him relieve himself in public rather than leave the show.

Soon the performance ended, and I moved as quickly as possible towards the exit.  While I passed the giant puppet of Pumbaa, I could only think even that filthy warthog wouldn’t approve of such revolting behavior.
Posted by Pajama Penguin at 5:08 PM