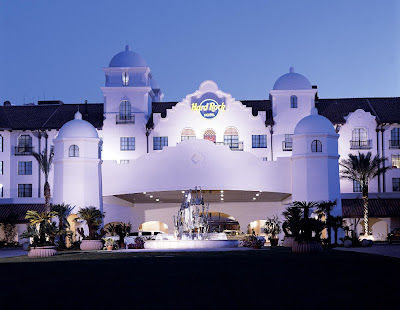 Apparently trying to re-define the definition of "hard rock," the Hard Rock Hotel is bringing 80s band and notorious hairdressing disaster A Flock of Seagulls to their Velvet Sessions concert series.  On August 30th, the one hit wonder group known for their hit "I Ran (So Far Away)" will be appearing in a 21 and older cocktail party in the hotel lobby.

The ticketed Velvet Sessions events feature free alcohol and food from 6:30 PM to the start of show, then a cash bar during and afterwards when a DJ keeps the party going until 1:00 AM.  If there's free flowing booze before the concert, it seems the quality of the band won't matter much after all.  Tickets are $29 online or $35 at the door, so get your tickets now before a load of nostalgic 80s music fans get them first.  The quick details are below.