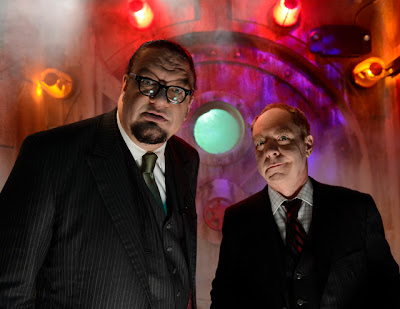 
While the post-nuclear theme is not new to Halloween attractions, the Vegas theme does add an interesting twist.  Since it's Penn & Teller involved, it also seems that this is the 2012 Horror Nights' comedy maze, horror with an extra helping of dark humor.  Thankfully it looks like this is one unique addition not mirrored at the sister event in Hollywood, but it's still the fourth licensed maze announced this year.  Unless the pattern changes, Halloween Horror Nights Orlando is going to feature no completely original attractions.  I'm sure they'll still create a great event, but it's disheartening to see the end of the truly ambitious, unique ideas the event has attempted in previous years.
Posted by Pajama Penguin at 10:58 AM