Alice Cooper Bringing His Own Brand of Horror to Universal Orlando 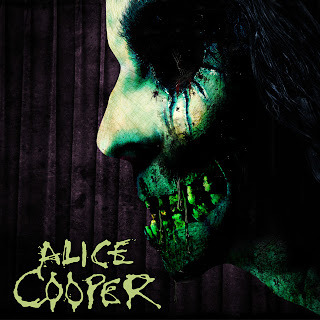 In what's proving a trend this year, Universal announced yesterday in a press release that both Universal Studios Hollywood and Universal Orlando Resort will feature mazes inspired by shock rock artist Alice Cooper at their respective Halloween Horror Nights.  As I noted yesterday, Halloween events at both Universal parks are sharing a large amount of licensed themes this year, which breaks with recent tradition of both events being largely independent of each other.

Halloween Horror Nights Orlando will be receiving a copy of Alice Cooper: Welcome to my Nightmare, a maze that was featured at last year's event in Hollywood.  No word yet on whether the maze will be an exact copy, and undoubtedly reuse many of the same props, or whether the Orlando team will put their own twist on the concept.  Welcome to my Nightmare is supposed to be a journey into the loose storyline of Cooper's most famous album, utilizing classic iconography from his stage show and career.


Universal Studios Hollywood will be receiving a new maze, based on the album "Alice Cooper Goes to Hell."  It will focus on Cooper's vision of the infamous realm of endless torment and punishment.  The Hollywood Studios attraction will utilize 3D glasses for extra effects and disorientation.

While it's disappointing that Universal is eliminating some of the unique flavor of its different events, I'm just hoping that Alice Cooper makes at least one concert appearance in Orlando to promote the new maze.  Even at 64, he apparently can still put on a great over-the-top show.