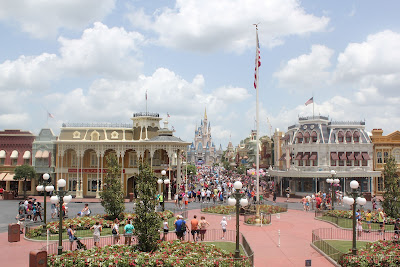 It's the middle of the summer break season in Orlando, and Main Street USA, as well as the rest of the parks, is packed full of sweaty tourists.  Now is the time of year to get a cool drink, find a quiet spot to sit, and watch the oddest human tapestry on Earth march by to the next attraction. 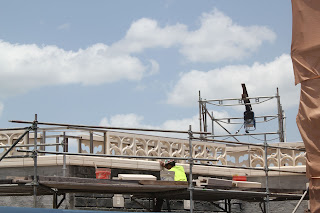 Even with the summer heat, construction continues at a rapid pace on New Fantasyland.  More and more detail work is visible on the new castle walls. 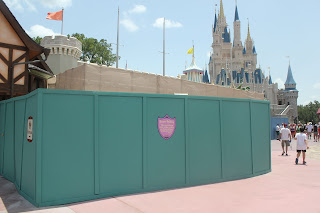 The new Princess Meet and Greet at the former Snow White's Scary Adventure expands its construction walls as the former attraction is stripped down.

The Seven Dwarfs Mine Train continues to make visible progress, with more of the mountain's facade built up ahead of the coaster itself. 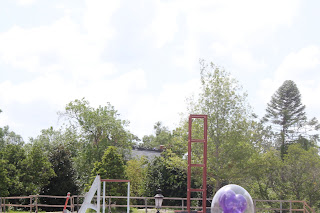 Progress on the new bathrooms near Peter Pan's Flight seems to be slow.

The new DVC expansion of the Grand Floridian is making quick progress, with much of the building's frame already complete.  Unfortunately, it seems weddings at the next door Chapel will continue to be disrupted for a while. 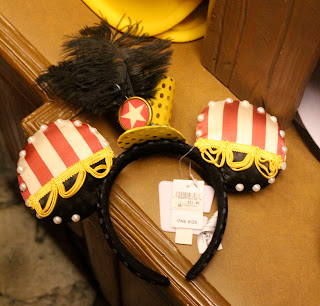 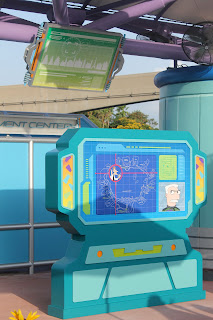 Finally, Epcot saw a small addition, as the Agent P's World Showcase Adventure station outside of Future World has a new decorative sign.  Nothing major, but it's a nice touch that adds some more character to the spot.
Posted by Pajama Penguin at 6:46 AM