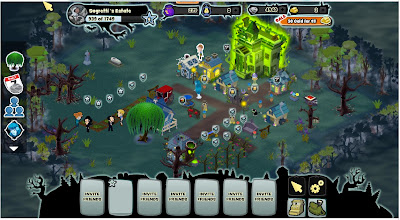 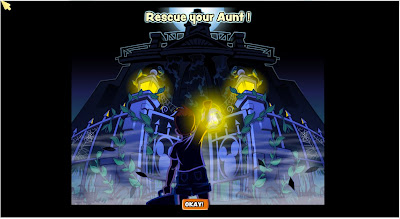 When a Facebook notification appeared for a game called Disney's Ghosts of Mistwood, I had to say I was slightly intrigued.  Disney being involved with a social networking game wasn't a surprise, with their Club Penguin franchise still active and other projects like Virtual Magic Kingdom come and gone.  The interesting bit was the setting, a swampy haunted mansion with a ghostly mystery.  I could feel the Haunted Mansion vibrations emanating from this game, and I was definitely sympathetic to them.

Unfortunately, other than some similar artistic motifs, any influence from the Mansion is superficial at best.  There's a crystal ball, though no Leota in sight, and a ghostly bride is the resident spirit of the local decrepit mansion.  The other characters are well illustrated and given a bit of backstory, but there's nothing interesting enough about them to make them memorable. 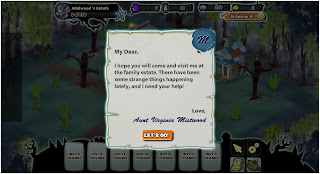 The plot line is that your aunt has gone missing, probably captured by a malevolent spirit.  In order to find her, you must gain aid from other victims of the evil spirit and friendly supernatural beings that you come across  It's definitely refreshing to see a game on Facebook with an actual plot and even a potential final goal, but the actual gameplay doesn't match up at all. 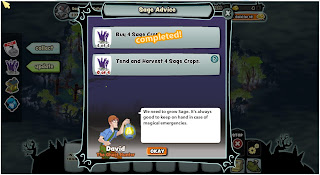 Instead of exploring spooky locations and uncovering mysteries, gameplay consists of slowly expanding your own haunted plot of land.  This is yet another Facebook game where you farm materials to craft items that you use to complete quests, which give you new quests to farm more stuff.  There's the usual decorating of your domain, and there's some added control of multiple characters at once that's a bit unique.

In the end, however, you reach that same wall of having to complete extremely long task that require leaving the game for an hour or more, only to return in time to start another long task.  Although it's supposedly helping you find your aunt, nothing of this busy work feels true to the story being told.  Why does buying several decorative flower pots aid the fight against a malevolent ghost? 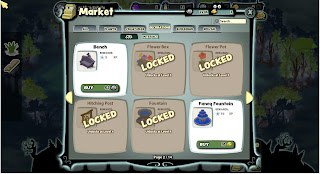 Mistwood also continues the trend of requiring you to the pester Facebook friends or use real money to advance in the game at a decent pace.  There are many quests that specifically require the intervention of Facebook friends or the use of the buyable currency, unimaginatively called gold.  This currency is rewarded at level-ups, but in such tiny amounts that it's no more than a token gesture. 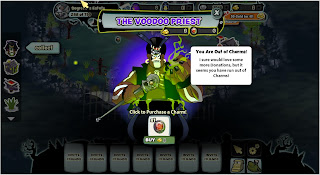 Overall, it's an unremarkable game that spoils some actual potential.  It has good to great art direction and the start of an interesting story.  However, the actual content is the same repetitive chore that Facebook games have been replicating for years now, and the world doesn't need another example.  I'll most likely play a little longer to help out some friends, and I may give an update after I've explored further.  In the end, though, I can't recommend this game to anyone who's already tired of being spammed by friend requests for help in the latest VilleVille.