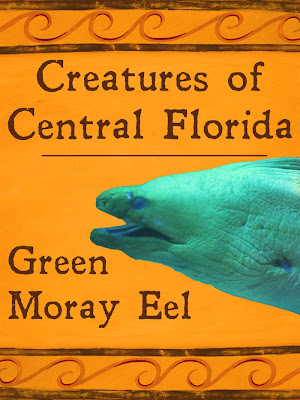 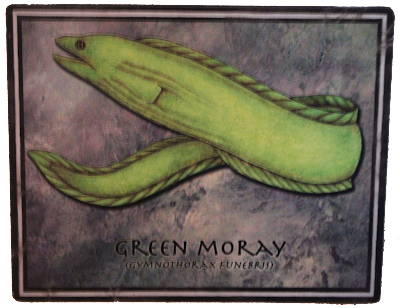 These bony fish are one of those creatures with a distinctly sinister reputation.  With an appearance somewhere between a fish and a snake, their nasty teeth and vicious look could easily shock any diver or snorkeler who accidentally finds their hiding spot.  Like most animals with a fearsome reputation, Moray Eels are mostly harmless to people, only retaliating in self-defense when they feel provoked. 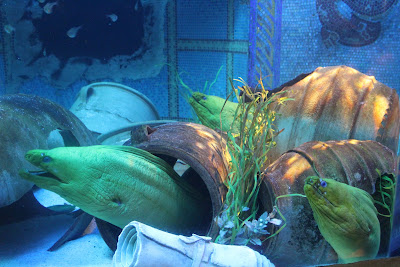 Once you overcome the initial appearance, these creatures are almost unreal in person.  A slimy coating that provides mobility and protection among the rocks, also gives them a startling green appearance.  When they intertwined together, these eels resemble a living sculpture.  They mostly remain still during the day, partially hidden in enclosed spaces, as they prefer to only emerge at night.

At Sea World Orlando, they can be found in the Jewel of the Sea Aquarium, connected to the gift shop of the Journey to Atlantis water ride.  This atmospheric, darkened environment is a perfect setting for these creatures. One of the themes of Journey to Atlantis is not trusting appearances and beauty, as the seemingly gentle mermaid soon turns out to be a horrible siren.  These eels prove the opposite end of that lesson, as what seems to be a monster at first is actually a mostly docile denizen of the deep with some beauty of its own. 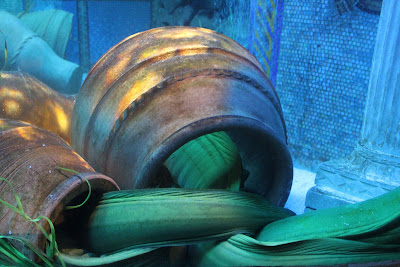 Additional information on these birds can be found on Sea World's Animal Bytes entry for Moray Eels.
Posted by Pajama Penguin at 3:47 PM