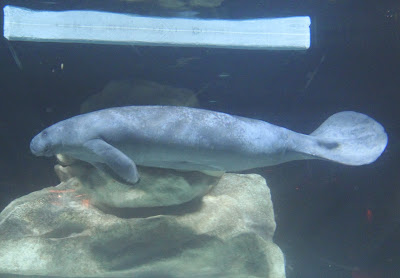 The zoos and aquatic attractions of Florida work together to aid and preserve manatee, gentle giants often injured by pollution and boat propellers. Epcot's Living Seas pavilion is no exception, housing a small manatee rehabilitation facility inside the larger aquariums. By law, manatees are cared for as wild creatures, with care focused on the eventual release of the animals 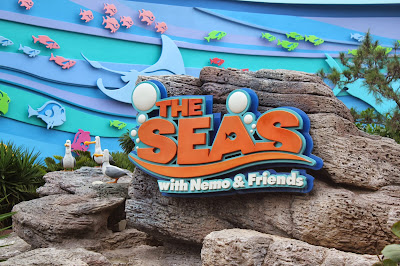 For the last couple years, Disney has housed two manatees that survived boat strikes, named Lou and Vail. Both suffered serious injuries that left their tails in tatters, which made release difficult. It seems Vail has either been transferred to another facility or been released, as he's no longer at Epcot. 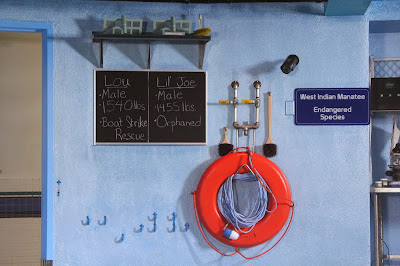 Joining Lou and taking Vail's place is new manatee Lil' Joe. Lil' Joe is an orphaned manatee, one that was raised mostly in captivity. He's active and healthy, liking to speed around his new habitat. He's proving a good companion to Lou, and the two can even be spotted sleeping next to each other. 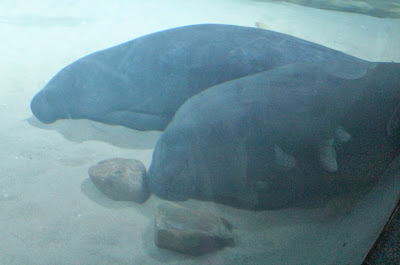 The manatees of Epcot are one of the great hidden gems of Disney World. It's a wonderful place to relax and watch one of Florida's iconic animals. Make sure to stop and welcome Lil' Joe to his new Disney home.

2/3/2014 Update: Unfortunately, we've received some sad news that Vail passed away in October of 2013.  Thankfully, Lou continues to be plenty active trying to keep up with Lil' Joe. 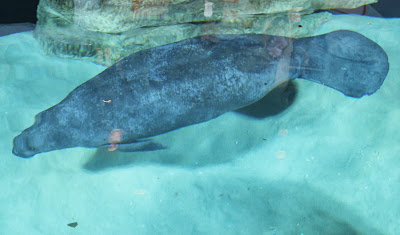 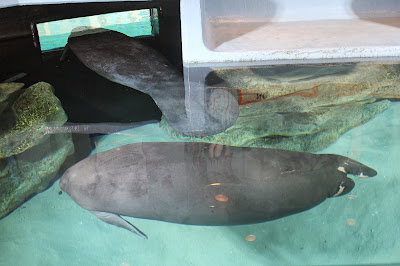 Posted by Pajama Penguin at 1:13 PM