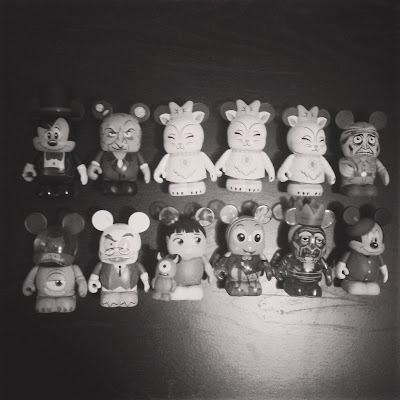 As pointed out in the evaluation of trade boxes, Vinylmation fans have a wide range of concerns and desires, many of which directly contradict each other. These conflicting views come from a wide range of goals that collectors have. Each collector brings their own personal quirks that may place them in conflict with the collecting of others.
Often, collectors see the hobby only from their personal viewpoint. They fail to take the goals of others into consideration, and thus think that Disney's decisions are obviously wrong or problems are easy to fix. By understanding the various types of traders, all the factors become clear that must be balanced for a healthy hobby and collecting community. 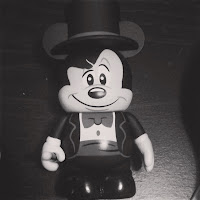 Traders make most of their best acquisitions, and find the most joy in the hobby, by trading with others. These individuals collect and stockpile extra figures, as well as ones they personally don't desire, to have the optimal leverage to acquire better Vinylmation. They sometimes will trade for figures simply to increase the perceived value, building towards one ideal trade.

Value is important to the trader, but only in a relative sense. A vinyl with a lower dollar value might still be a good trade if it leads to something better in the long run. To the trader, the thrill is in the bargaining, the exchange, and less in the acquisition itself. 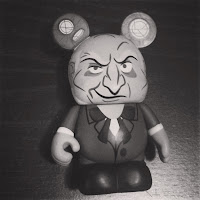 The capitalist is someone who sees Vinylmations as an opportunity for profit. Although they may have a personal collection, their greater goal is to make the most money possible. Often they sell through eBay, but will also utilize any other social media or markets they can utilize. They worry about the long-term value of each purchase, and try to flip rare figures for the maximum profit possible.

Out of all Vinylmation collectors, those that purchase and trade for profit often receive the worst reputation. Some of these individuals earn their reputation, using underhanded tactics such as exploiting case layouts, squishing blind boxes to identify figures,  and cheating more naive collectors in trades. However, any type of collector can act unethically, and most of the people selling for profit provide a valuable service. They make it possible for collectors to purchase particular blind boxed figures or items only available at select locations. The capitalists are a necessary and inevitable part of any collecting hobby. 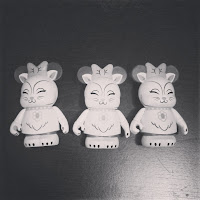 The majority of Vinylmation belong to sets, in the past containing over a dozen figures. Completionists make acquiring entire sets a priority, often focusing on only a few releases a year. Vinyls outside the set take lower priority, and will often be used to trade for something needed for completion. They may even make an otherwise uneven trade simply to finish their set. Some of this group go so far as to collect everything from a set of sets, such as the Park series, and even fewer try to collect everything Vinylmation. Pity those few individuals that attempt the latter, because they are most likely going to be very poor in the end, with a distinct lack of space in their homes. 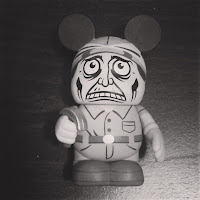 There are many Vinylmation that achieve a particular legendary status, due to high value or extreme rarity. This can be the result of an especially uncommon variant or a series that is discontinued due to manufacturing problems. To a certain class of collectors, these extremely rare gems are the goal of collecting. These people would gladly trade multiple random figures for one treasured find, and usually have a "grail" Vinylmation, or Vinylmations, that they seek. 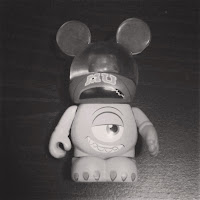 The casual collectors purchase Vinylmation occasionally, probably only a few times a year. They may only buy them on vacation, and possibly as a souvenir. They don't know the value of each figure or know that the outlet stores offer figures at an extreme discount. Casual buyers make purchases for fun only, and are the most likely collectors to pay full price. They are also likely to be discouraged from the hobby by high prices, and are unfortunately the easiest to be exploited by unscrupulous traders and sellers. 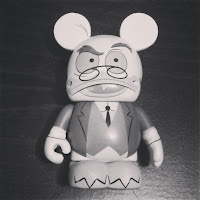 Veteran collectors have purchased Vinylmations for years, possibly since the first sets were released five years ago. Disney has made multiple changes to the collectible over the years, including alterations to the mold and changes to the set sizes. While newer collectors take little notice to these changes, veterans have strong reactions to any modifications, often negative. Although they may warm up to the changes eventually, veteran collectors are the most likely to be negative about any perceived problems with the hobby. 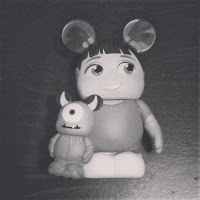 Like any healthy hobby, the Vinylmation community needs new collectors to grow and replace departed veterans. Newcomers may eventually build huge collections and learn all the tricks, but at first they're most likely going to focus on new sets and mostly purchase their vinyls. Since they are building a collection from scratch, they're happy to collect figures that veteran collectors consider inferior or overly common.

Changes to the hobby have little impact to them, as they are unlikely to understand the supposed importance or impact of said changes. Newcomers can grow into savvy traders, but like casual fans, they're the most likely to fall prey to bad exchanges. They also may be turned away from the hobby by high prices that create a daunting barrier for entry. 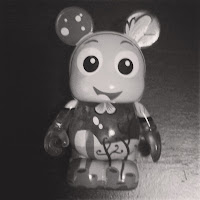 It's almost a safe assumption that Vinylmation fans are also Disney fans in general, but there is a rare exception. For the purpose of this definition, a Disney fan is a collector that focuses on figures featuring Disney characters and marquee theme park attractions. In fact, they may not purchase any vinyls that don't feature Disney in some way. These fans don't care for obscure parts of Disney history, however, and sometimes collect only their absolute favorites. 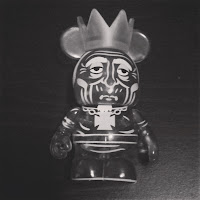 Disney historians aren't just Disney fans. They're Disney obsessed. They've visited the theme parks more times than they can count, spent literal days of their lives watching Disney movies, and know intricate details about the history and workings of the Disney company. As Vinylmation collectors, they love the medium's potential as a showcase and immortalize of everything obscure, past or present. Designs based on extinct park attractions excite them, and seeing forgotten animated characters rendered in plastic thrills them. Figures that most other collectors can't even identify are the ones they seek out the most. 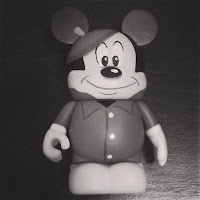 Among this group are the few non-Disney fans that collect Vinylmations. The art lovers collect Vinylmation like most other urban vinyl toys, as miniature, mass produced works of art. They're most interested in the designs of the artists, and care less about how much Disney is represented in the vinyls. The Urban series of Vinylmations are the sets most suited to their collecting habits, as those vinyls feature the artist's work and not Disney characters or attractions.

There are many more types of collectors, and most Vinylmation fans belong to at least a few different categories. Knowing every possible permutation of vinyl hobbyist isn't necessary to understanding the greater issue. Every aspect of the hobby effects different groups in positive or negative ways, and any change or solution can create as many problems as it fixes. Some examples:

-If prices are raised, casual buyers and those who purchase a lot will buy less figures, but those looking to profit may see an opportunity to make more money and treasure hunters acquire pricier collectibles.

-Higher edition sizes make collecting easier for those that primarily purchase Vinylmations and those that complete sets, but also lower the figures' long term value for both traders and those trying to make a profit.

-Sending vinyls to the outlets and having clearance sales helps fans with less money to spend and new hobbyists building their collection, but angers veteran buyers who now feel they've wasted money by making a purchase at full retail price, thus discouraging them from making non-discounted purchases in general.

-Focusing Vinylmation releases on extremely popular characters and rides may increase sales with some collectors, but could turn away those who enjoy more obscure nods to Disney history and unique artist designs.

-Open window figures eliminate the random nature of blind boxes, which is attractive to casual buyers. Popular vinyls of this type can increase in value long term, but they are much less interesting to those who primarily enjoy trading.

In the end, it's in Disney's best interests to keep as many fans happy as possible. Unfortunately, few decisions will achieve the necessary balance to please everybody. The new Eachez format, which combines buying a known Vinylmation design with the chance of receiving a rare variant, seems to be one of these rare changes that is received positively by most. However, if a new set or a change to the hobby doesn't make sense, make sure to consider for a second that it might not be meant for your type of collector.