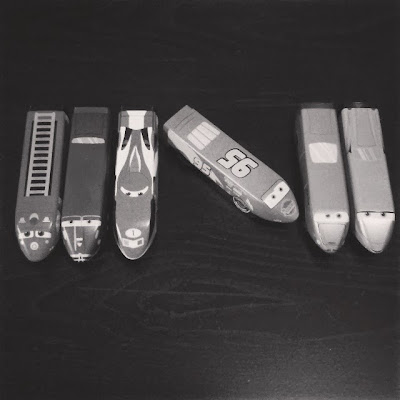 Parking in theme parks is often one of the most miserable parts of the day. In the morning, it's the arduous, overwhelming hassle that bleary eyed visitors must undertake before they are truly awake. In the evening, it's the last obstacle for exhausted tourists as they fight alternating weariness and rage as they sit in unmoving traffic.

Having acquired excessive land and foreseeing the potential nightmares, Disney designed parking lots with minimal hassles and maximum capacity in mind. Parking areas are massive, flow through multiple entrances into carefully guided spots, and enter from and exit directly to major roads. Everything is designed to minimize the likelihood of traffic jams and remove most of the hassles that make the beginning and end of the day so painful.

Unfortunately, Disney forgot one thing when they planned this perfect parking solution. They failed to account for the fact that many of the people parking their cars every day are inconsiderate, reckless buffoons. Unless a mandatory driving class is required before using the parking lots, there is most likely no way to eliminate the problem of bad motorists. However, these guidelines may help alleviate a few cases of theme park road rage.


1. Don't Dawdle When Paying for Parking

Every Disney Theme Park, excepting the water parks, charges $15 for standard parking. This fee is non-negotiable. There are ways to avoid paying, like staying at one of the official hotels or having an annual pass, but generally speaking, you're going to have to pay.

It seems some drivers think they have an ingenious way to avoid paying. They arrive at one of the many booths completely unprepared, feigning shock at the fees. These individuals then fumble for any form of payment, grumbling about the expense, while secretly waiting for the parking attendant to die of old age.

Please make sure to have some form of payment ready when parking. There may be many of those parking booths, but it only takes a few stingy dawdlers to bring traffic flow to a sudden halt.

One of the well worn bits of banter provided by parking tram attendants is a reminder that the speed limit is 15, not 51. This seems like it's just a cute comment to fill in the spiel given during the short trip. In reality, it's essential advice.

Many drivers believe that every second of their day is precious. Literally every second, it seems, as they save only a few by careening at reckless speeds towards their parking spot. The time saved is quickly nullified by lines and waits for monorails and other transportation, which makes the endangerment of others especially foolhardy. 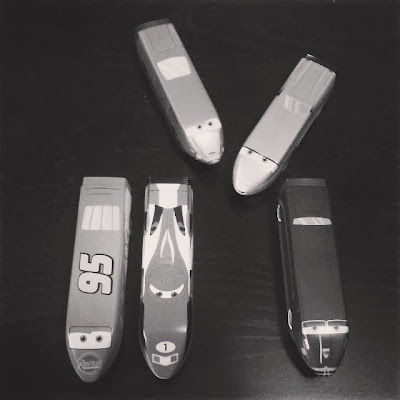 3. Don't Compete with Your Fellow Drivers

Closely linked with the previous guideline, it's important not to treat other drivers as competitors in a race nobody is running. Except for the busiest times of year, parking is plentiful and there are more spots than necessary. Attempting to pass your fellow drivers and beat them to the front of the line does not grant a better spot. In fact, it might just give you a parking spot even further from the trams.

Parking at busy venues like shopping malls and theme parks often results in a minor demolition derby. Cars charge towards anything resembling an open spot, almost aiming at each other in pursuit of the closest position to the entrance. It's a wonderful demonstration of complete chaos in action, entropy with wheels.

Disney avoids this issue completely by employing a small army of parking attendants. These brave individuals face down the speeding masses and direct traffic to defined parking spots. There is no searching for a perfect spot, as one is given to you.

Many people decide that the directions are only suggestions, and ignore the Cast Members completely. These individuals park in the first spot they can reach, only stopping short of running down barriers or people. This breaks the carefully planned flow of the parking lot, and usually only saves a few feet of walking.

The Cast Members will loudly inform those who don't listen that they've made an error. It's unfortunate that they don't follow the lecture with an ejection of the violators and their cars. Just in case they begin more strict, and appropriate, enforcement, it's best to listen and park where indicated. 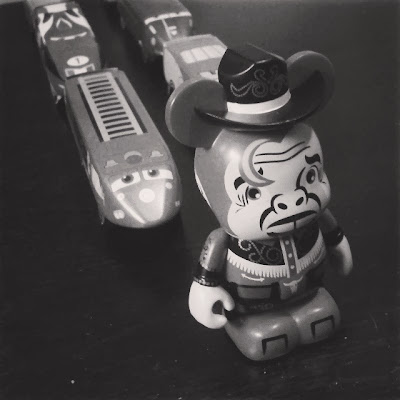 Parking lots are ever moving, busy things. Those parking are often concentrating on avoiding their fellow drivers and watching the aforementioned cast members. They might not notice the absent minded people walking directly into the flow of arriving vehicles.

After parking at Disney World, wait to open doors until after other cars have parked next to you. Walk in front of your car, and use sidewalks or paths blocked from traffic. Otherwise, it's on your head if another vehicle removes your car door or runs over your head.

6. Don't Think No More Boarding Doesn't Apply to You

Thanks to safety regulations and excessive lawsuits, Disney protects itself by starting every trip on the parking trams with a nearly three minute long safety warning. This safety warning is cute at first, annoying after a while, fun to mock eventually, but in the end it's a little maddening. Those few minutes begin to add up after many, many trips.

That infuriating spiel has to be played for anyone who boards the tram, even if they board after it plays. "No more boarding" is always called before it is played, and it quickly becomes ritual that the spiel means the tram is about to leave. Still, even with Cast Members shouting not to board the tram, some people still decide that they have to take this particular one.

This means that the spiel has to be played again, in its entirety, before the tram can continue its journey. Worse, this delay gives other self-centered people a chance to board while ignoring orders to stay clear, necessitating yet another broadcast of the safety announcement. This can cascade into ten or fifteen minutes of the same spiel, played over and over as a few people try to save a few minutes by wasting many more for others.

If Cast Members say "No more boarding," or the safety message is playing, stay behind the lines and stay off the tram. This way you avoid the risk of other passengers throwing you off the tram halfway to the entrance. 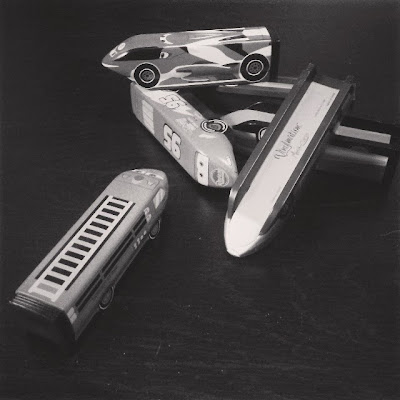 7. Don't Forget Where You Parked

Unlike most misanthropic guidelines, this one doesn't directly effect other guests. While people wandering through the parking lot, aimlessly trying to find their car can block the way, it's generally a problem that only inflicts misery on those who forget. Forgetting to remember your parking space, by not using some means of recollection like a photo, text message, or note, you only bring real misery upon yourself and your family at the end of a long day.

However, this guideline is a reward for learning and following other standards of parking behavior. For those who park recklessly and disrupt others, let this be a curse for them. May they never remember their parking spot, and may they search fruitlessly for hours in an unending sea of vehicles. It's only fair that they receive some punishment for their misdeeds.
Posted by Pajama Penguin at 1:32 PM