Videogameopolis: The Joy of Frustration 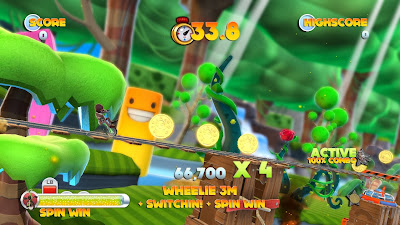 One of the great perils of nostalgia is that it often leaves people remembering fondly things that seemed terrible at the time. Everyone's heard some variation of the line, "When I was young, I walked to school barefoot in the snow uphill both ways, and I loved it." In the world of video games, there's a growing nostalgia for the extreme difficulty of games from their early days. The argument goes that games today are a shadow of their former selves, because they're too accessible, and there isn't enough challenge.

These arguments tend to overlook many factors for the differences in difficulty. Early video games were often designed first for the arcade, where a high level of challenge forced players to spend more of their precious quarters to continue playing. These games also often had unwieldy  or flawed controls, due to the primitive technology, that unintentionally made the experience harder. There's also the truth that while the default challenge of modern games is not insurmountable by most, these games usually include higher difficulty levels as an option, or focus on other concepts like story over punishing mechanics. 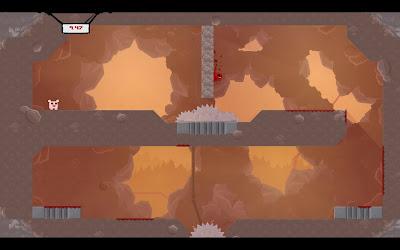 Regardless, there are still gamers that yearn for the days of extremely challenging games. There have been some mainstream attempts to address this market, like the infamous Dark Souls series. However, most of the games created with difficultly as the focus have come from the independent scene. The latest trend has been rogue-like and rogue-lite games, which depend on permanent death and randomly generated levels to create an intentionally unfair environment.

The issue with these rogue-like games is that they often feel unrewarding to those who don't adapt to the game quickly. The original ultra hard games created by the indie scene were platformers, like Super Meat Boy. These games took great influence from games like Super Mario Brothers, but often shortened levels while making them require perfect timing and reflexes to complete. These games allowed players to progress gradually, while still being incredibly punishing.

In the last few years, more and more games have embraced the joys of frustration. These platformers have taken influence from their predecessors, but adapt and evolve to make a compelling experience beyond pure challenge. Here are some great examples of joyously frustrating games available on the PC. 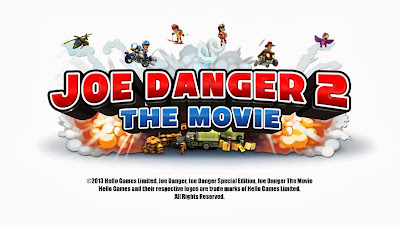 Joe Danger 2: The Movie is the second in a series of games about an aging daredevil and stuntman. The first game focused on his return to glory, and featured levels focused on Evel Knievel style motorbike stunts and races. The game was a surprise hit, with a colorful art style and lively gameplay. It was also a little unfocused, while also feeling slightly repetitive after a while.

Joe Danger 2 gives the game new focus by having the titular character perform stunts for a series of movies. While the motorbike appears a few times, you also utilize a mine cart, skis, jet packs, and more to perform your stunts. Sequences also vary their goals, from fleeing oncoming destruction, to quietly entering a protected facility, to chasing down fleeing criminals. 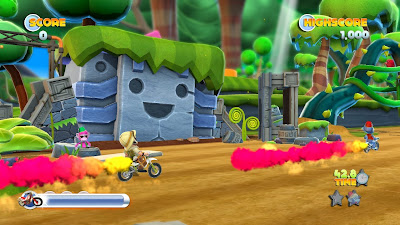 Most levels require a fast finish to receive enough awards to advance to later levels. Stunts, performed both on the ground and in the air, fill a boots meter that gives enough speed for success.  The game quickly becomes a balance between speed and awareness. Obstacles approach at such a rapid pace that only the quickest reflexes can avoid them. Early levels ease players into the game, but later challenges require memorization and repeated failure to have any chance of completion. 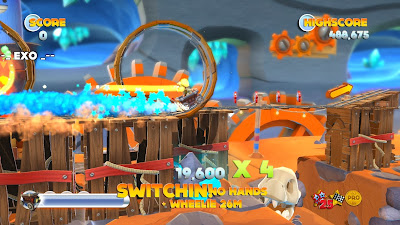 Joe Danger 2 is a deceptive game. It looks cheery and bright, and starts out completely accessible, but gradually reveals it's challenging depths. There's plenty of game for those wanting something quick and casual, but there's also plenty of extra levels, including a mode for creating custom content, that will guarantee appropriate difficulty for even the most masochistic of gamers. 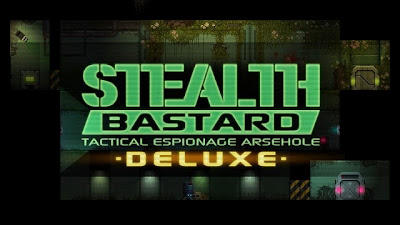 Stealth Bastard Deluxe was retitled Stealth Inc. for more family friendly game systems, but the original title is the most fitting. The star of the game is a parentless clone, and the game itself is an unrelenting bastard. Unlike most other challenge focused games, Stealth Bastard is as much about using your brain as your reflexes. 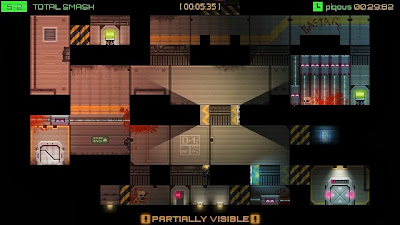 Set within the testing facility of a shadowy corporation, the game follows the horrific adventures of a clone navigating the traps and trials blocking its way to the exit. Stealthy play is a must, as almost everything will kill on sight, but speed is also necessary to solve puzzles and avoid obstacles. The resulting experience is one of rapidly planning, executing the plan, dying from some unforeseen trap, and then trying again. Thankfully, the game checkpoints progress in each level at important moments, meaning you usually only have to repeat the last few seconds of gameplay. 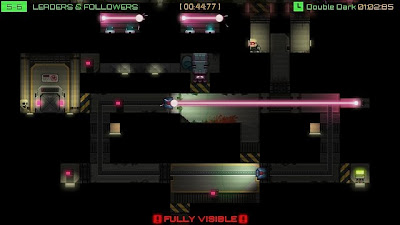 The game likes to insult the player, with an unseen figure writing messages on the walls that criticize your failures. However, these messages only encourage the player, giving backhanded encouragement to try harder. Success in the game feels like a real achievement, requiring that the  primitive and higher functioning parts of the brain are working in tandem. 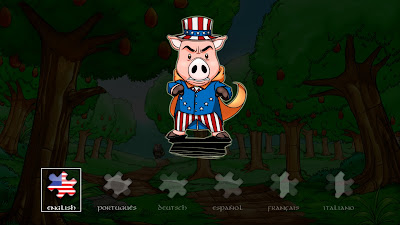 The first sights of Mr. Bree suggest a friendly game for kids. An anthropomorphic pig wakes up with amnesia, lost in a mysterious forest. Short animated cutscenes set up the world, as the titular Mr. Bree begins his perilous journey to restore his memory and find out what happened to his family. Even in game, Mr. Bree is rendered in a simple, beautiful animated style, that hearkens back to some of the best platformers of the 16 bit era.

However, darkness quickly starts to seep into the world. Extra collectibles give access to special levels set within a brutal slaughterhouse, slowly uncovering just where Mr. Bree started his journey. Levels start simply, but quickly add violent traps left to catch and kill the heroic pig, causing him to explode in a splash of red. 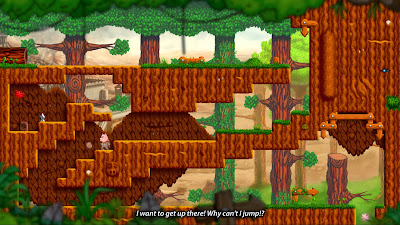 The game greatly resembles Super Meat Boy, in both mechanics and its focus on difficult jumping puzzles. However, a few ideas set this game apart. First, amnesia is part of the plot and a mechanic of the game, as the player is unable to perform simple actions like jumping and running until Mr. Bree remembers how to perform them. This makes early levels more difficult, and also gives the player incentive to return later to reach areas previously inaccessible.

Second, the game has a heavy focus on uncovering the story. Many extremely difficult games have little to no plot, relying on absurdist humor to fill the void left by the lack of narrative. Mr. Bree places a dark mystery at the center of the game, giving the player incentive to overcome the challenges and reach the end. 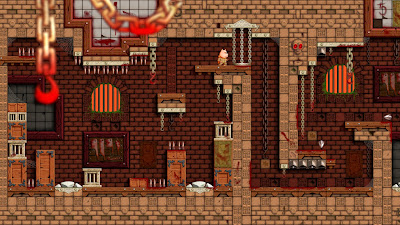 Mr. Bree is currently available as a pre-order and will officially release on November 26th. It's also seeking votes to make it through the Greenlight process onto Steam, so please give it your votes. More people need to experience this dark and difficult porcine adventure.
Posted by Pajama Penguin at 2:59 PM