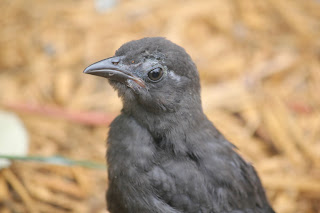 The Magic Kingdom is where "Dreams come true." Some days, I sleepwalk through it. With both my wife and I working non-traditional schedules, our sleep is not always consistent. Add in the fact that I have a near genetic inability to sleep past 8:00 am in the morning, and suddenly sleep deprivation can become a very real problem.

April 29th was one of those days where sleep deprivation was in full force. The Magic Kingdom has ongoing construction and changes across the park, and somehow I missed pretty much all of it. When I got home, looking through my collection of pictures was like piecing together a lost day.

Something slightly constructive I did manage to get pictures of were these Pascal statues littered throughout the new Tangled walkway and bathrooms. These figures are hidden along a small stream, giving a nice discovery moment to anyone who manages to spot one. 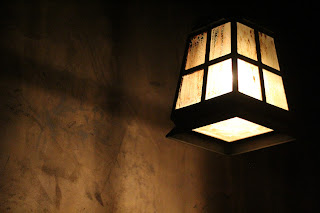 Next, we have a lamp. Not just any lamp, this is lighting from the queue for Pirates of the Caribbean. I'll wait a moment while the overwhelming excitement subsides. It's a nice picture of a lamp, at least. 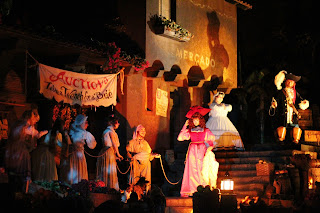 In truth, tired me did manage some decent pictures of the ride itself, including the auction scene..... 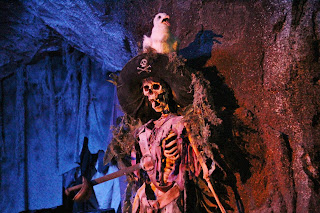 one of the skeletons in the cavern scenes...... 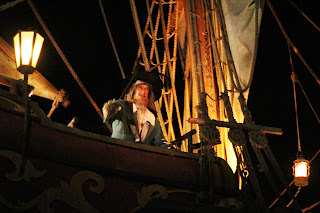 and Barbossa himself. Alright, this one's not the best, but give an exhausted photographer some leeway. 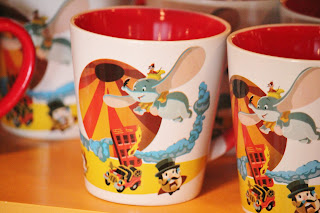 After the thrill that is Pirates of the Caribbean, we have mugs. In my defense, these are really neat mugs which feature a new Dumbo design. I always like Disney Parks merchandise that focus on great designs rather than just advertising an attraction. 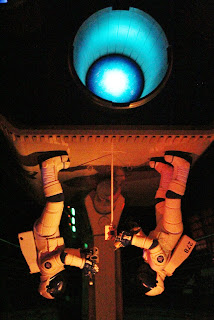 From mugs, we go to space! Space Mountain, in fact, as viewed from the Tomorrowland Transit Authority. The TTA also happens to be a great ride for almost taking a nap, by the way, even if it is one of my favorites. 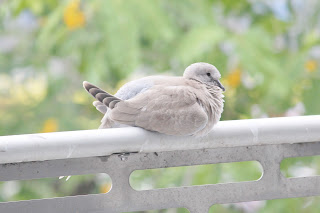 Did I mention I was distracted by birds? This dove was quite happy perching on a rail near the TTA's loading area. The little guy didn't move the entire time we were on the ride, and wasn't intimidated by the ride vehicles rolling by him. 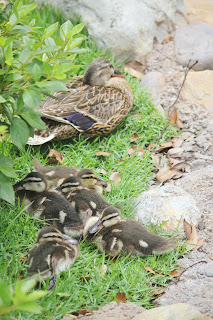 More birds! These ducklings were using the same stream that the above Pascals were hidden along. 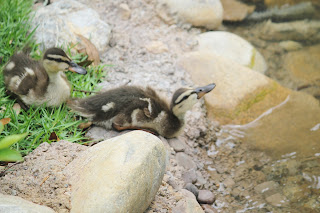 They were mostly trying to sleep, though this one seemed especially thirsty. 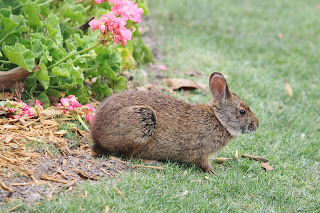 If I wasn't already distracted by birds, rabbits just made it worse. As I've mentioned before, spring brings lots of new animal residents to the parks. Rabbits are some of the most entertaining to watch, especially when they get into conflict with the ubiquitous ducks. It's like a living Looney Tunes cartoon in the middle of a Disney theme park.

So that's what my sleep deprived self decided was interesting enough to cover. After waking up two hours too early today, I'm off to another theme park while running on too little sleep. Be ready for more pictures of random birds, coming soon.
Posted by Pajama Penguin at 4:25 AM