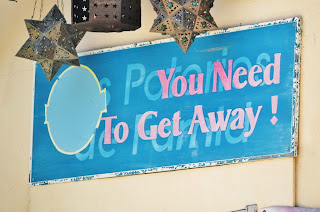 Some weeks, my wife and I just need to get away. Life gets too stressful, and we can't deal with the crowds typically found in the Orlando theme parks. One of the cures for those days is Busch Gardens Tampa. The crowds are low during the week, the animal collection is stellar, and there's a great collection of rides.  Well, we've never ridden anything more intense than the train, but the rides are nice to watch at least. The top reason it's our therapeutic getaway, however, is that you can pet the kangaroos.

Before you get to the kangaroos, however, you have to past lots and lots of advertising for the new "Madagascar Live! Operation: Vacation" show. The park's major addition for the year, it's featured at the parking tram shelter, 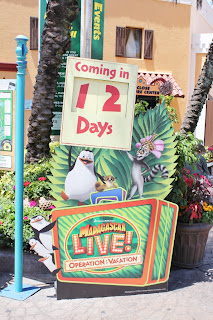 And throughout the park, including the entrance.

The new show has only about a week until opening, but work is still finishing up on the Stanleyville Theater. 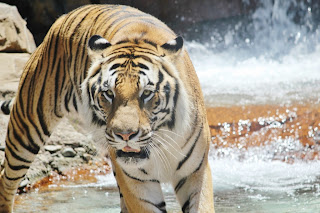 My only suggestion for the new show? Keep the people in lemur costumes away from the nearby tigers. 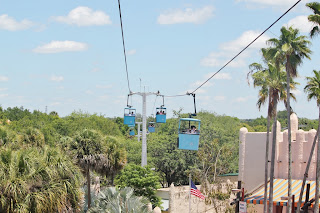 Another great feature of the park is the skyride, something that was removed long ago from the Magic Kingdom. The ride seems to close whenever there's the slightest breeze, unfortunately, but it's an amazing view when it's open. 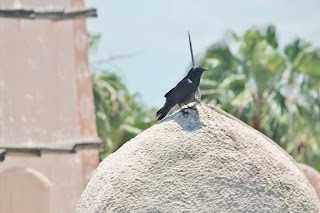 You can see things not visible from the ground, like this blackbird circumventing Busch Garden's anti-avian devices. 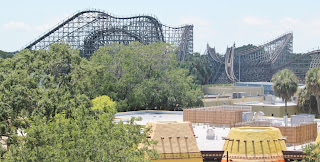 The skyline is nice from on high as well. Gwazi is a pain machine of a roller coaster that may not be long for this world, due to it now running only one of its two tracks. However, it's still a magnificent sculpture of wood, even if it fails as a ride.

Many of the park's animals are only visible by the skyride, train or paid tours. 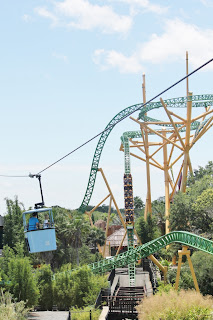 Busch Gardens is locked into a confined piece of land, so any new attractions have to use the space effectively. Cheetah Hunt, last year's new coaster, even intertwines with the skyride, adding a bit of thrill to the experience. 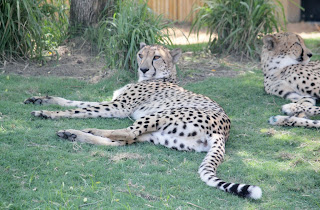 The actual cheetahs, on the other hand, don't seem amused when all the screaming wakes them up from their nap.

While not quite Disney quality, Busch Gardens manages some theming that's definitely better than average. This includes a replica of King Tut's tomb, something that seems like it'd fit better at Epcot, really. Definitely seems somewhat wasted, tucked into the park's Egypt section with a roller coaster and not much else. 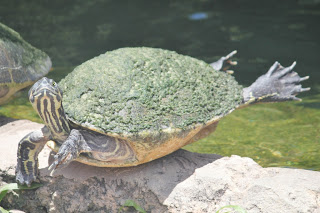 One of the keys to enjoying any kind of zoological park is an appreciation for all kinds of animals, from the big to the small, the common to the obscure. These turtles, for instance, are surprisingly entertaining. This one strikes a flying pose.

This one took at least 3 tries before he triumphantly pulled himself on shore. 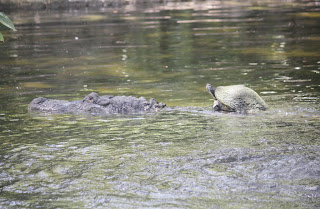 Here is the most impressive turtle, who has learned the sublime art of alligator riding. 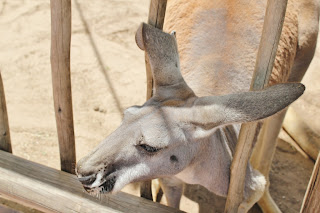 As mentioned, Busch Gardens Tampa actually allows interaction with the park's kangaroos and wallabies. Technically, feeding costs five dollars per cup of food, but the experience is free otherwise. Kanagroos are surprisingly soft and quite fun to pet, even if they seem more interested in eating. 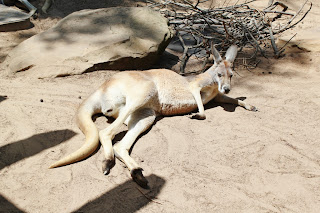 Other than an occasional bounce around, they mostly lay about the yard, striking some unintentional poses at the same time. 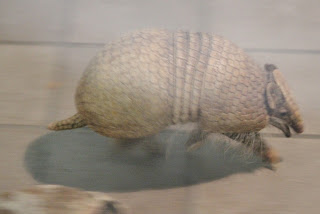 Jambo Junction is another great animal spot, where all of the animal ambassadors reside when not making appearances on television or in public. You can even feed the flamingos for free, if you show up at the right time. This armadillo was running laps, trying to get in shape for the cameras. 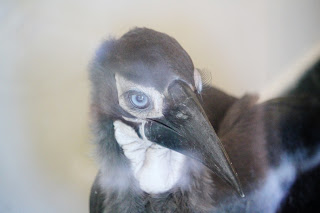 Some of the park's newborns reside here as well, like this hornbill chick. 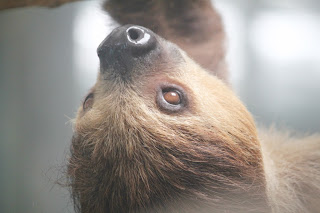 The highlight of this visit were the Junction's sloths, specifically the most energetic sloth I've ever witnessed. This hairy creature slowly climbed around the roof of the enclosure by using a heating duct, then continued to explore while also bothering his sleeping companions. Sloths sleep 20 hours of the day, so we must have caught him using all of his 4 hours of energy at once. 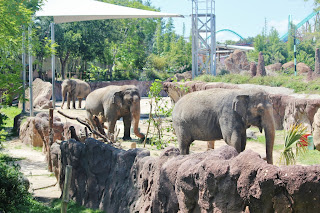 We finish with my wife's favorite, the elephants. We had just missed the elephant enrichment demonstration, which was unfortunate. 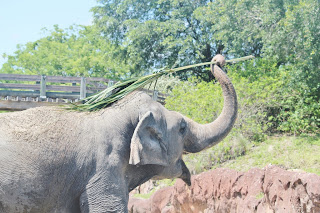 We did get an impromptu demonstration of elephant ingenuity, as this one used a leafy branch as a backscratcher. 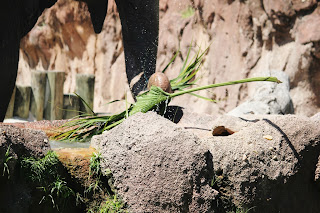 She then dunked it into a nearby pool of water to moisten it for a snack. 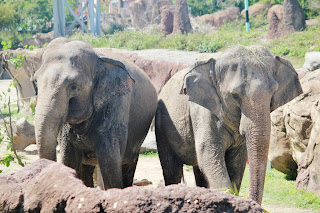 We then bid adieu to our elephant friends. Yet another visit to Busch Gardens Tampa where we rode only a skyride, but still a great visit.
Posted by Pajama Penguin at 6:35 AM