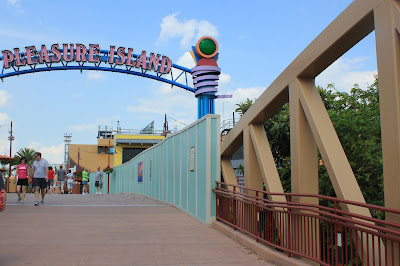 Recently, Disney announced the transformation of Downtown Disney into Disney Springs, a major expansion and of the existing shopping and dining district. Unlike some previous attempts to revitalize the area, progress is already visible. The entire project is supposed to take several years to complete. 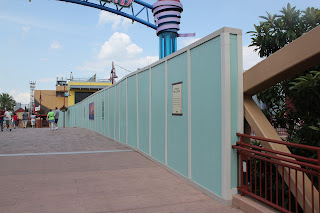 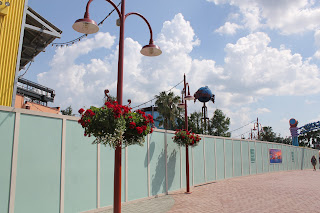 A large section of Pleasure Island is already behind construction walls, blocking off one of the areas used for seating and outdoor performances. Pleasure Island has been mostly dormant since its clubs closed, so most of it is going to be demolished. 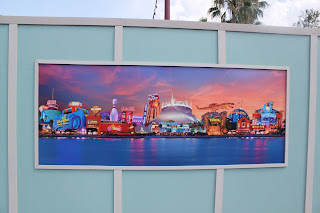 Unfortunately, the construction walls only feature outdated promotional materials for Downtown Disney, instead of concept art for Disney Srings. Hopefully that will change soon. 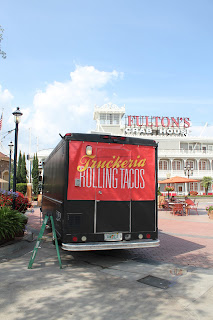 It was Friday night at Downtown Disney, so extra food and drink offerings were littering the grounds. Near Fulton's Crab Shack and Portabello was Truckeria Rolling Tacos, which was not open at the time of day I visited. 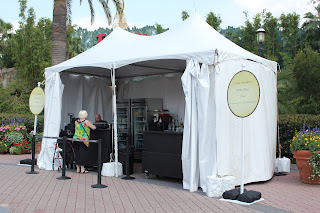 There was also a tent based bar that already had the drinks flowing. 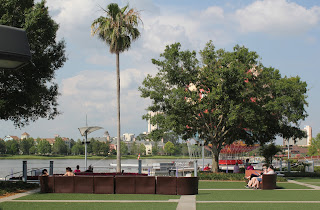 Finally, it looks like Disney is already finding some use for the plastic couches formerly located in Pleasure Island. This patch of grass is normally mostly empty except for special events or passed out tourists, so its a nice spot for some extra seating.

Posted by Pajama Penguin at 7:40 AM