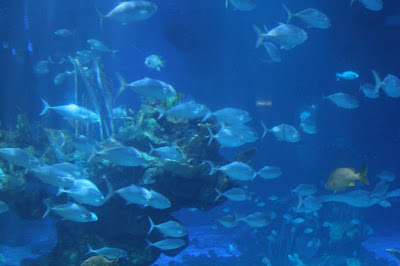 On April 18th, my wife and I enjoyed one of the first after Spring Break days at the parks, at least one of the first we've had time to get there.   We decided to spend our day at Epcot, which was still surprisingly busy.  Even with some breakdowns, I was able to finally experience the new Test Track, which was quite enjoyable.  Unfortunately, I didn't take any pictures of that attraction, but I have plenty of others. 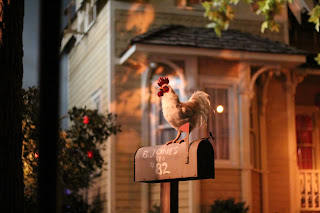 I'm continuing to photograph dark rides and provide pictures whenever they appear clear and don't look like I was completely smashed while operating the camera.  This robot rooster is from Living with the Land, an Epcot attraction that is often overlooked because it's actually educational.  The first part is a journey through semi-elaborate sets depicting different climates on Earth. 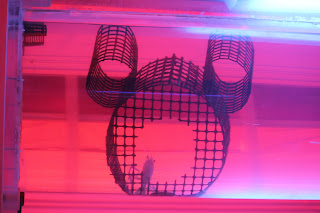 The second half of the experience is a ride through a functioning experimental greenhouse.   This includes aquaculture, or fish farming.  One of the oddest hidden mickeys is here, where you can find a shrimp house with a familiar shape. 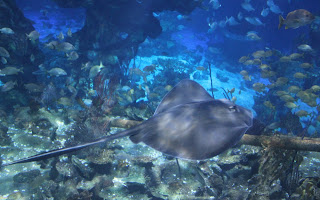 At The Seas with Nemo & Friends, you can see plenty of fish not destined for someone's dinner table.  Some days the under sea creatures are inactive, but on days like our visit, there can be a breathtaking display of aquatic life.  Some of our favorites are the giant stingrays. 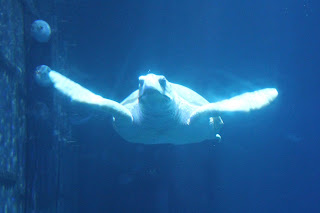 As well as the massive sea turtles.  These will sometimes swim up against the glass, giving an unreal view of some fascinating, sadly endangered creatures. 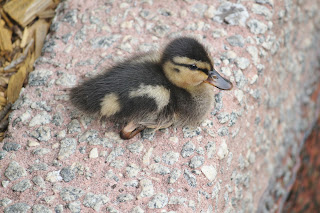 Speaking of creatures, Spring is always a fun time at Epcot, as it's a place a lot of small wildlife take refuge.  You can almost always find ducklings hiding somewhere on the property. 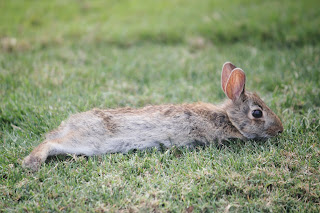 Rabbits will sometimes investigate strollers and rest just out of reach on the lawns. 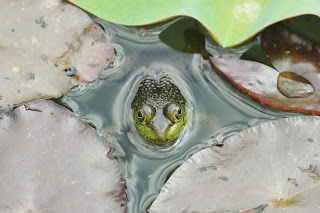 Most hidden of all, frogs start to appear amongst the lilypads in the China Pavilion.  These are especially difficult to spot, as they often float with just their head above water, camouflaged in the shade. 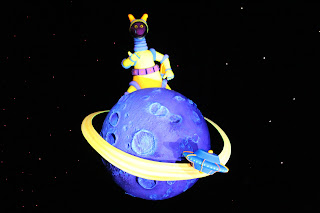 Journey Into Imagination with Figment is a much maligned ride, and rumors continue to circulate that it's replacement is already being planned.  However, it does have a few interesting designs, so I'm still trying to get a decent catalog of pictures before the attraction is gone.  This hitchhiking Figment is located just at the end of the ride. 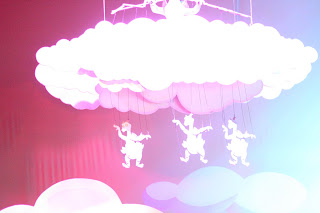 Photography on dark rides is not an exact science, and most photos end up unusable.  Occasionally, though, I end up with an interesting failure, like this photo.   Almost looks like one of those photos using a filter program like Instagram, but this is actually an unaltered image. 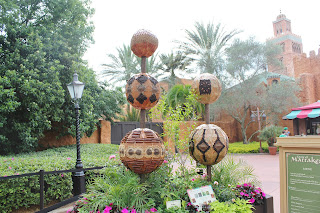 Finally, there are some minor changes at Epcot, but nothing too fascinating at the moment.  These balls made of spices are an installation for the Flower & Garden Festival, but they've been moved to mobile planters. 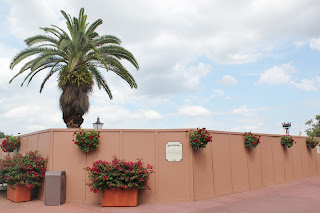 This is because construction has already begun on the new Morocco Pavilion eatery, Spice Road Table.  The new restaurant is being constructed along the waterfront. 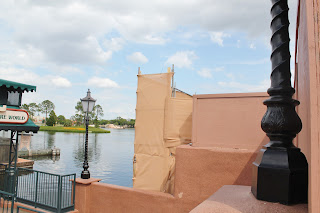 I've seen criticism that restaurants built alongside the World Showcase Lagoon obstruct the view too much, but I kind of like having the pavilion surround you completely.  Eventually it might get out of hand, but I don't necessarily have an issue with one more waterfront restaurant. 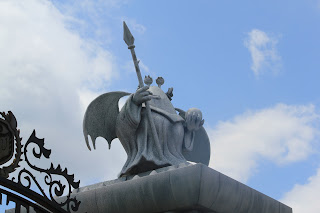 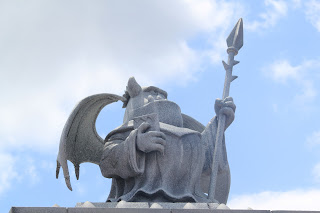 Finally, another minor change to the Flower & Garden Festival are these gargoyles added to the Monsters University topiary display.  They're great figures that have a lot of personality, and really seem like something permanent.  I wouldn't be surprised to see them turn up again somewhere after the festival is finished.

Posted by Pajama Penguin at 7:46 AM