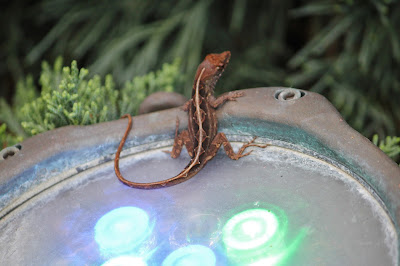 One of the problems with working from home is that it's hard to stay active.  Trapped inside all day with little reason to leave the house, it's extremely easy to get into a pattern of sloth.  I've been using Wii Fit to get a daily dose of exercise, but even that grows tedious after a while.  There comes a day where you just have to leave the house before you go mad or sink into a listless, coma-like state. Those are the days where I do the Disney World crawl.

This is not visiting the parks in any kind of sane sense.  When I performed this ritual yesterday, I rode zero attractions, watched no shows, and barely stopped moving for more than a minute at a time.  While I usually do have some reason for these bouts of madness, such as taking photos to go with my writing, the greater purpose is to keep moving and keep up the heart rate.

What most people don't realize until it's too late is that there is a ton of walking at Disney World.  Unlike the parks in California, which are crammed into a limited area, the parks here tend to sprawl.  Epcot alone has the massive World Showcase Lagoon to circle, not to mention a decent jog through Future World.  For someone on vacation, this can be an exhausting experience.  For someone finding an excuse to exercise, this is nirvana.  You can trick yourself into walking miles without even thinking about it. 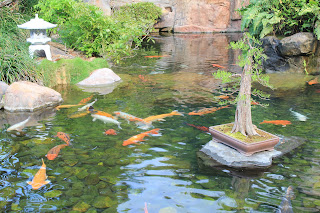 Unfortunately, this excessive walking often doesn't result in weight loss for me.  On an average day in the parks with my wife, we tend to eat food that counteracts any calories burned, or take things at a leisurely pace.  We might spend the entire day at the Magic Kingdom, but much of that time we will be sitting or standing.  It takes a manic trip through as much Disney territory as possible to truly pull off the crawl, with no time for such petty things as rides.

As an example, yesterday I started out by visiting Orlando Premium Outlets on Vineland Avenue, to check Disney's Character Warehouse for clearance Vinylmation.  I jogged through the parking lot , walked quickly to the store, stopped briefly to see nothing was new, then jogged back to my car.  Next, I stopped at Downtown Disney, walked most of its length back and forth, took some pictures, and left. 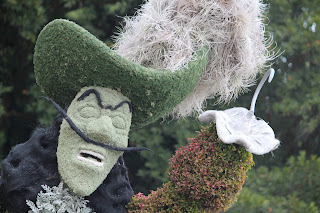 At Epcot, I walked the entirety of the park as I took pictures of the ongoing Easter egg hunt event.  Once I finished my photo taking, I took the monorail to Magic Kingdom, traded a Vinylmation, had a healthy dinner, and returned to Epcot and my car.  I also used no parking trams during the day and parked rather far back in the parking lot.

I did all of this in four and a half hours, including travel time between locations.  At the end of the day, my legs and feet were sore, and I was exhausted.  The next morning, however, I weighed in a pound and a half lighter.

I wouldn't recommend making a headlong rush through as much territory as possible to someone on vacation.  Walt Disney World is a place to be savored, with countless little details to find.  However, for those of us that live here, and visit the parks often, you have many opportunities to have a nice, lazy day watching the world go by.  That's why I recommend, once in a while, spending a day doing the crawl.  You might not get the true Disney experience, but you will sleep well that night.
Posted by Pajama Penguin at 9:10 AM