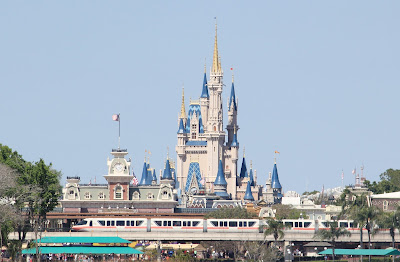 On Thursday, my lovely wife and I ventured to the Magic Kingdom for a nice afternoon away from work and worries.  We were both relatively stressed out, so we were looking forward to casually strolling the park, trading pins and Vinylmations, and getting a ride or two on Pirates of the Caribbean.  It was a sunny day, with naught a cloud in the sky.  Other than being a little chillier than expected, it didn't seem like anything could go wrong.  Yet, we felt we had forgotten something... 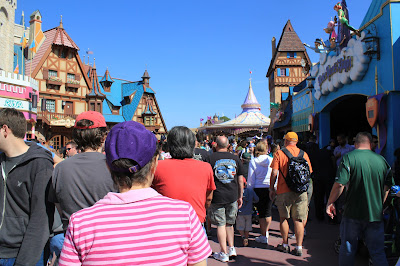 Ah, yes, Spring Break has arrived.  Although I usually hear fear of Summer crowds, Spring Break seems to be a concentrated explosion of disgruntled vacationers, giving their children the experience of a lifetime whether they want it or not!  My wife and I saw treatment of children that would result in Child Protective Services being called in any other setting.  Crowds flooded pathways and made walking impossible without running into someone every few feet.  Unless you have no other choice or are possibly insane, now is probably not the best time to be visiting. 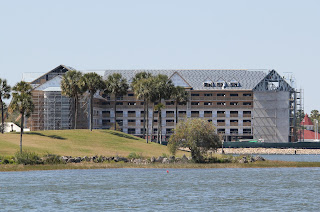 While that madness descends, change marches onward at and around the Magic Kingdom.  The Grand Floridian's new DVC wing continues its rapid construction, increasingly looking like an actual hotel building. 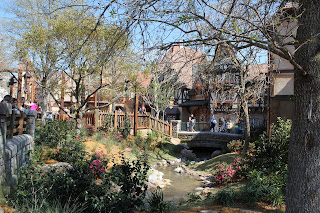 Inside the park, the new Fantasyland bathrooms themed to the movie Tangled finally opened.  Instead of adding a simple building that matches the area, Imagineers came up with an elaborate design that incorporates loads of references to the movies, landscaping, and even lighting 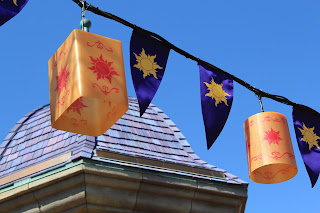 Unfortunately, we left far too early to see the lighting in action, but it looks to be themed to the movie's iconic lanterns. 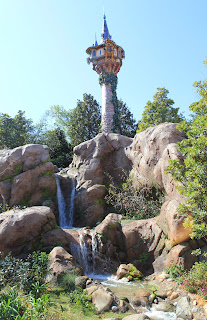 A forced perspective miniature version of Rapunzel's tower sits above the section, with a nice grotto along the new path between Liberty Square and Fantasyland.  The only real downside to this part of the installation is that the tower is visible from parts of Liberty Square and the Haunted Mansion queue. 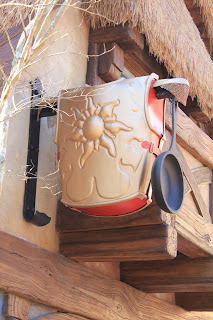 The men's bathroom is marked by a chestpiece of royal guard armor, along with their preferred weapon, the frying pan.  The inside of the bathroom is also heavily decorated, with frying pans and wanted posters, but I tend to have a rule not to take pictures inside a crowded bathroom. 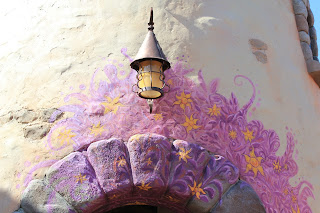 The entrance to the girl's bathroom has more of a feminine touch, inspired by Rapunzel's paintings. 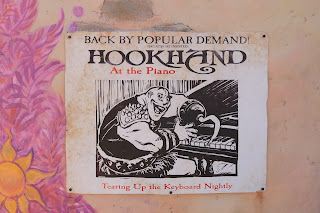 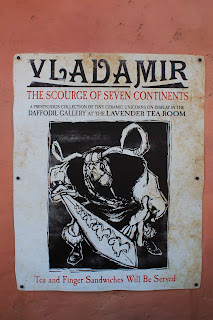 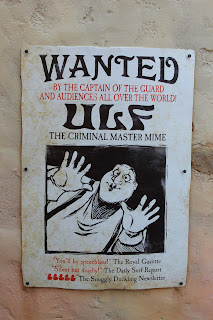 Outside, posters feature the many good-hearted ruffians featured in Tangled.  In a clever twist, what first appear to be wanted posters are actually advertisements for performances and gallery openings. 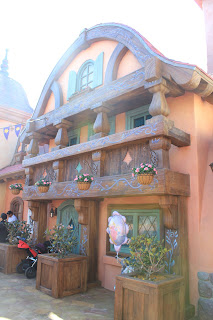 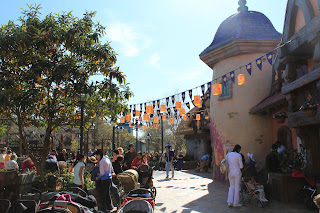 In addition to bathrooms, the new area includes stroller parking and phone charging stations.  All told, it's a much needed practical addition that was given the full Disney treatment.  Many people have mocked the level of detail these bathrooms have received, but I think it fits well with the level of care most of the New Fantasyland additions have received.  Hopefully all new additions in the coming years are this concerned with atmosphere and creative design.

Speaking of New Fantasyland additions, work continues on the Seven Dwarfs Mine Train.  While I hoped to get more detailed pictures, the shuffling Spring Break hordes made this rather impossible. 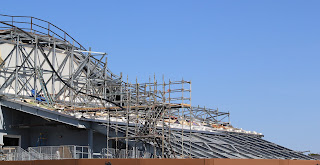 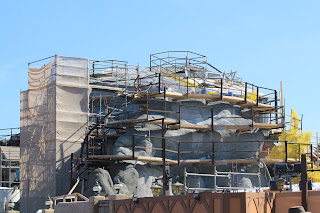 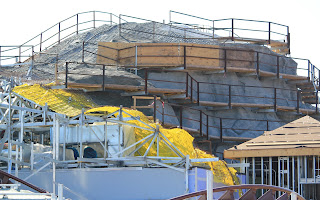 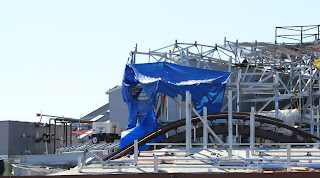 Even in these few pictures, you can see the rock work continues to form even as construction continues on the ride itself.   While it isn't scheduled to open until early next year, I'll be quite glad to see a completed mountain sooner than later.  I'm sure it will be much further along by the next time I see it, as I might be avoiding the Magic Kingdom until the crowds subside.  I wish good luck to anyone venturing into the madness in the next few weeks.  I'll probably be at Epcot, where the pathways are wide and I can enjoy the Flower and Garden Festival without waiting in hour long lines.
Posted by Pajama Penguin at 3:53 PM