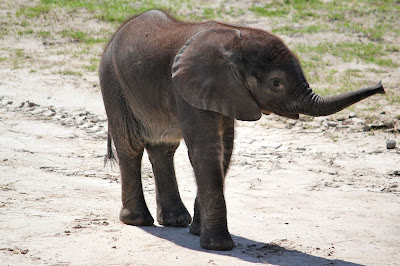 When Spring Break unleashes madness on Central Florida, my wife and I take refuge at some of the hidden gems of the area.  Well, hidden gems compared to massive, internationally famous theme parks at least. One of these places is Tampa's Lowry Park Zoo.  On Monday, we made our second visit of the year to see some old favorite animals and new additions.

Like the Fort Wayne Children's Zoo, Lowry Park Zoo is about the perfect park size to explore completely without reaching total exhaustion.  It also features one of the best manatee emergency care centers in Florida, which makes it an amazing place to see manatees outside of winter. 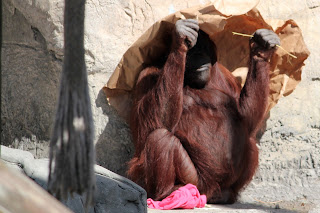 The Bornean Orangutans were in very different moods.  One decided it needed peace and quiet, so it attempted to hide underneath a paper tent. 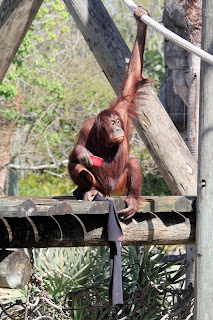 The other prominent orangutan was more social, deciding to show off its drinking habits.  Unfortunately, these drinking habits were quite disgusting, and not something you want to watch immediately before eating lunch.  You're better off not knowing the details. 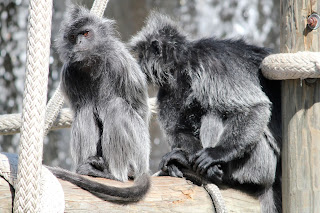 Sharing the exhibit are the Silvered Langurs, which spend much of the time giving suspicious looks to any onlookers.

The Golden Lion Tamarin is normally an adorable creature that looks too tiny to be intimidating.  Unfortunately, we arrived just at feeding time, and the little guys were very vocal about how hungry they were.  The Titi Monkeys next door were not amused by all the noise.

Siamang Gibbons are one of the great acrobats of the zoo, making incredible leaps and swings while balancing at the highest of heights.  Like the orangutans, some just want their quiet time, though. 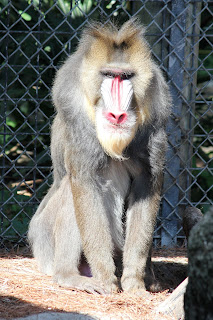 Mandrills are fascinating creatures, with vibrantly colored faces and rumps.  However, I don't tend to take pictures of animal rear ends, so I'd rather focus on the rainbow colors around the nose. 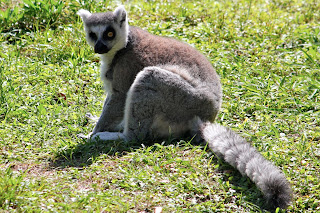 Like the langurs, the Ring-Tailed Lemur was also giving zoo patrons some suspicious glances. 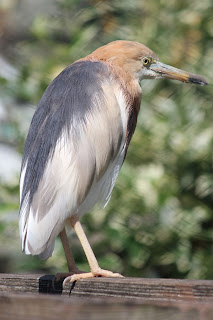 The zoo features several aviaries in each section, with birds representing different areas of the world.  The Javan Pond Heron perches stoically in the Asian aviary. 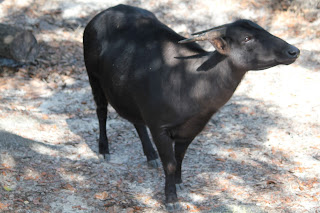 The Lowland Anoa is related to the water buffalo, but is much smaller, slightly more adorable, and a lot less intimidating. 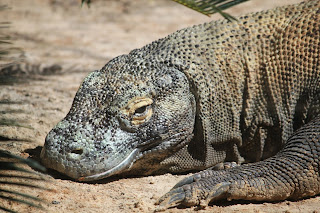 Alternatively, the mere thought of facing off against a Komodo Dragon should inspire terror, but they just look so peaceful when resting.

Another great section of the zoo features Florida wildlife.  This includes nesting Sandhill Cranes and giant Alligators, the latter of which seemed to be contemplating an escape attempt. 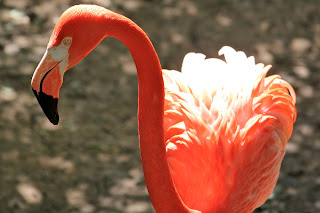 There are also Caribbean Flamingos, beautiful in vibrant shades of pink. 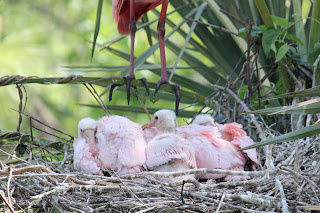 Not quite as vibrant yet are these Roseate Spoonbill chicks.  These aren't captive creatures, but one of the many nesting birds in the trees around the zoo. 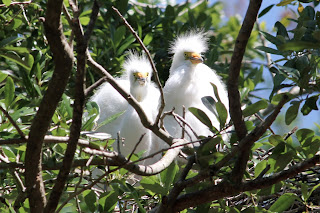 Also nesting high above were Snowy Egrets, with these fuzzy chicks waiting for their mother. 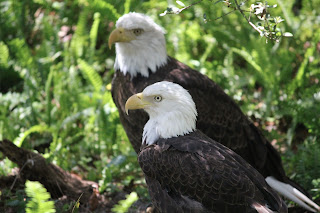 These Bald Eagles live up to their stoic reputation, though they surprisingly seem to prefer hanging out on the ground. 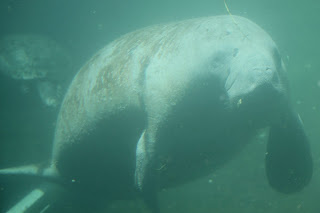 As I mentioned, Lowry Park Zoo has a great Manatee hospital.  This creates a fantastic opportunity to see many of these amazing, gentle creatures. 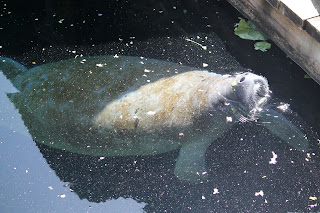 It's just unfortunate that these poor manatees were injured in the first place.  All of the current patients seemed to be recovering well, though it looked like they might have been monitoring a new addition in the tanks for more intensive care. 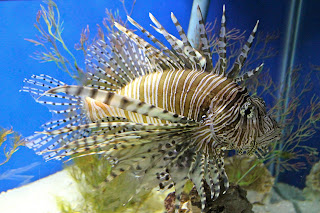 Many aquariums with reptiles and fish are also inside the manatee viewing areas, with these Lionfish being a particularly beautiful but deadly sight. 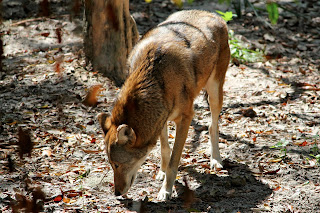 A couple of Red Wolves had a territory marking face-off in their enclosure, before patrolling the area. 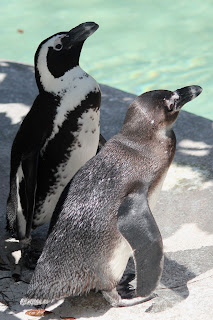 These African Penguins found the water too cold for swimming, since the temperature was in the mid 60s.  Unlike their Antarctic cousins, these penguins are used to warmer temperatures. 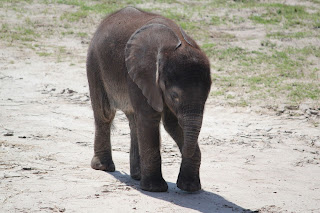 Most of the younger zoo animals can be found in the African section, like this baby Elephant. 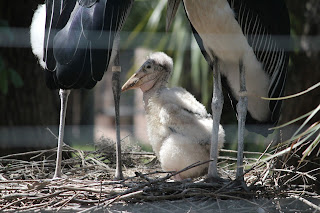 The Marabou Storks also had a giant chick, which is surprisingly only a few weeks old. 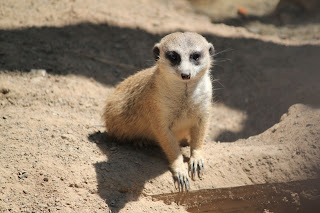 The Meerkats were prepared for a busy day at the zoo, with many performing guard duty, at least until the zoo keeper distracted them. 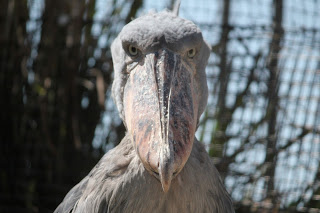 The Shoebill Stork is an intimidating bird, standing up to four feet tall.  My wife swears it was staring at her, possibly into her soul. 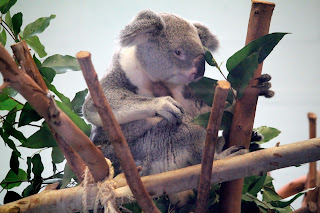 Finally, this gentle Queensland Koala woke briefly to scratch and look around.  It then quickly fell back asleep, as koalas tend to do.
Posted by Pajama Penguin at 7:42 PM