Give the Kids a Chance 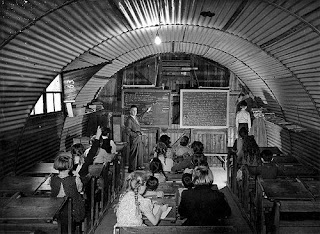 I tend to focus my writing on things personally important to me, but not traditionally considered important topics. This is partially because I over-think everything and need to distract myself constantly to stay sane, but also because I don't believe there needs to be yet another place on the internet where people bicker about politics or religion. However, some people have to live with these hot topics as part of their daily lives, and a teacher named Kathleen Hicks is one of them.

When I interned in London for a summer, Kathleen, or Kate as I knew her, was one of the dozen or so fellow students interning through the same program. Although I never became especially close to anyone in the program, I do remember Kate being an especially sweet girl that seemed to have grown her own garden of four leaf clovers. She was given a video game system for free by someone she had never met before, once appeared on Price is Right and was a major winner, and just gave the impression of having good luck in general.

When she proclaimed she wanted to teach inner city kids, I have to admit that I was somewhat skeptical. After the internship ended, I lost track of most of my fellow London travelers, only seeing occasional updates on their lives on Facebook. Recently, I began to see links to a site called "DonorsChoose" for a Ms. Hicks. This was the same Kate, attempting to secure funding to buy books for her inner city kids. The materials she had to teach English were deplorable, and their library had recently burned to the ground. Even after finding some help through the site, she still faces a constant struggle to provide the books necessary to inspire and educate her students.

I could rant about the state of education or the need for reforms, but this would do little good for these kids today. Instead, I implore anyone that can to give a few dollars to help these children. You can donate at this link. It's a chance to make sure underprivileged kids have the opportunity to learn and improve their place in life, and maybe make a difference themselves one day.

Now back to your irregularly scheduled ranting about music and Florida.